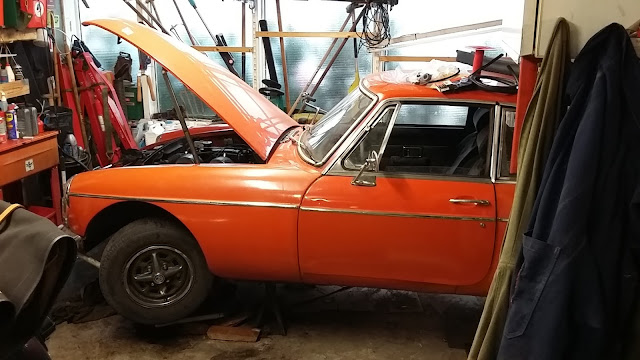 When the car was parked in 2007, the exhaust had a few small leaks. Now these small leaks had rusted beyond  patching with exhaust paste. A new exhaust would have been easy to buy and fit, but I decided to use a silencer I had saved in the loft for just such an occasion. To fit the silencer a straight piece of exhaust pipe was used to construct the necessary bends. 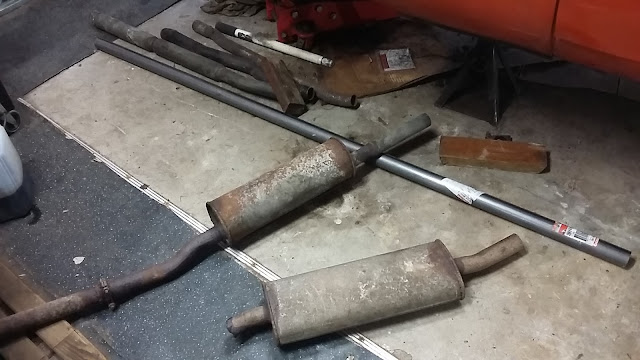 These are the old silencers. Rusted and tired, leaning on the shiny new pipe. 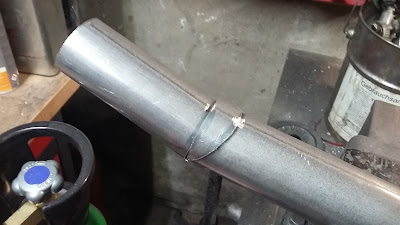 To make some bends a v-shaped cut was made in the pipe. After it was bent in the desired angle, the cuts were welded up.  I also used a few (almost)rustfree bends from the old pipe. 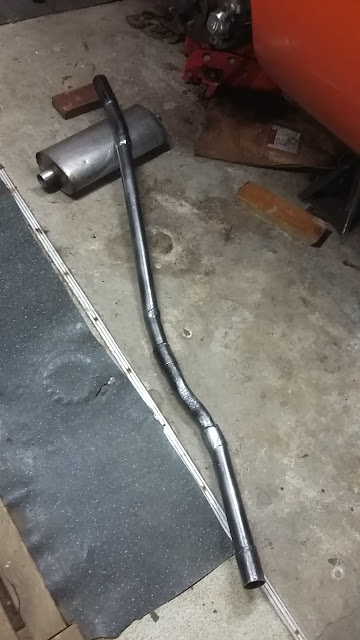 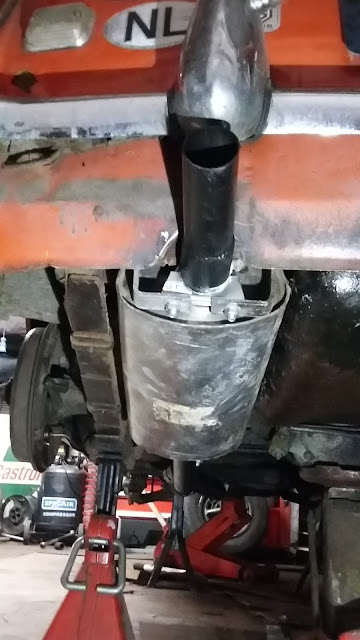 And the whole assembly in place. The silencer is a bit grimy from handling. It has been in storage from before the MG was laid up. 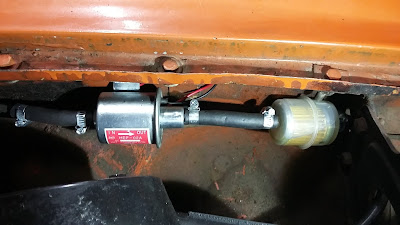 The fuel pump had died ca 2009, so the old one was removed and a new one fitted under the bonnet. The writing on the fuel pump states:" Japan", but I'm pretty sure I bought it from China. Yes it was cheap, so I'll carry a spare.  Also the engine oil and filter were changed and the carburetors were cleaned. 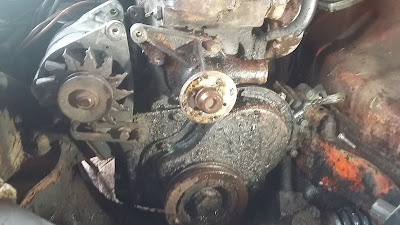 The old water pump was very noisy, so it was replaced by a shiny new one. 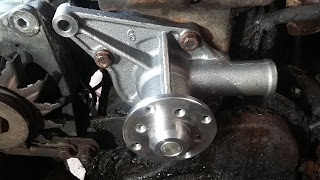 Now we have brakes, oil, water, pumps and exhaust and running engine. A fully functional vehicle! Next: to the testing station, so we can actually use the MGB on the public road again.