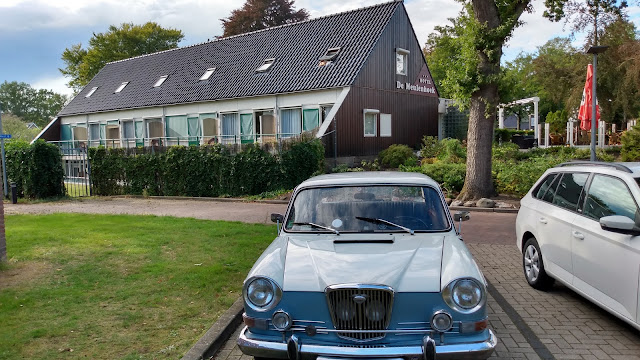 We decided to take the scenic route and stay at this interesting small hotel in  the town of Exloo. 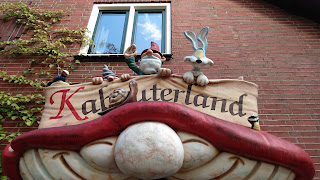 In Exloo there was definite theme of garden gnomes. 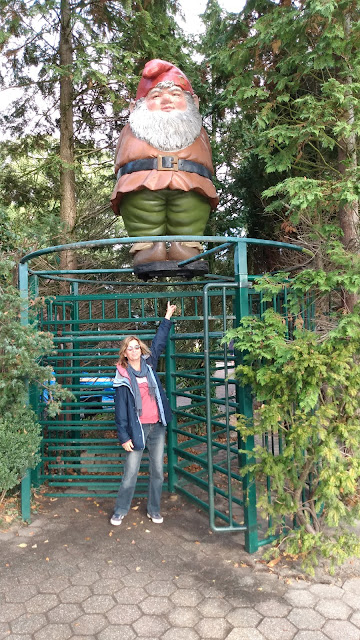 There was even a theme park with a giant gnome at the entrance. 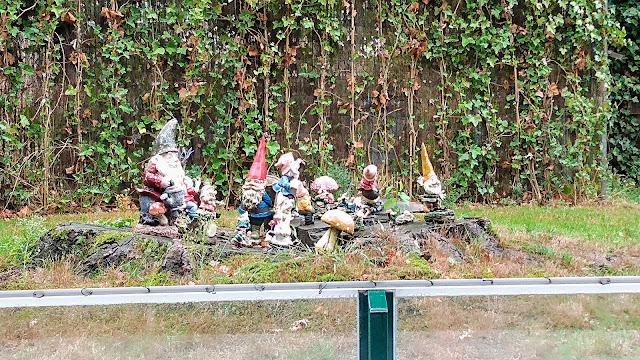 And this was the view from our hotel room. 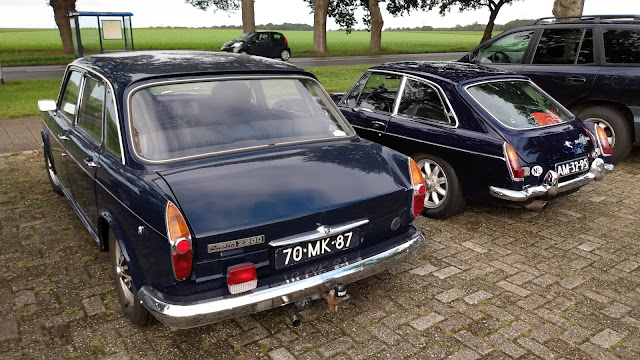 The club event brought quite a few different cars to the start. 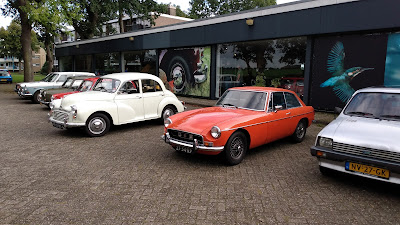 The event was hosted by the friendly Mr. Misker, a formet BL dealer who has changed his showroom into his own personal car themed atraction, called Myskery 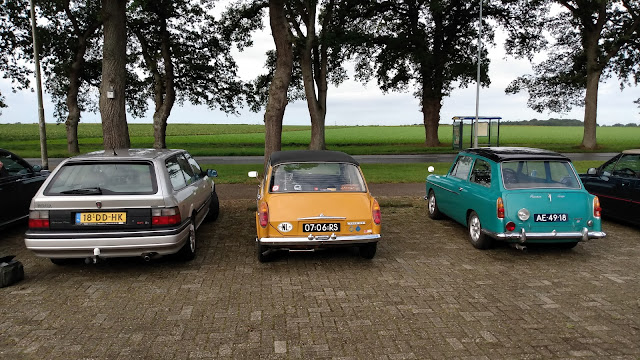 Outside the cars kept arriving. 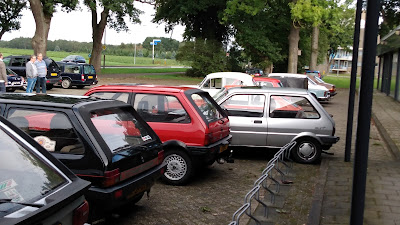 It was a while we saw three Metros 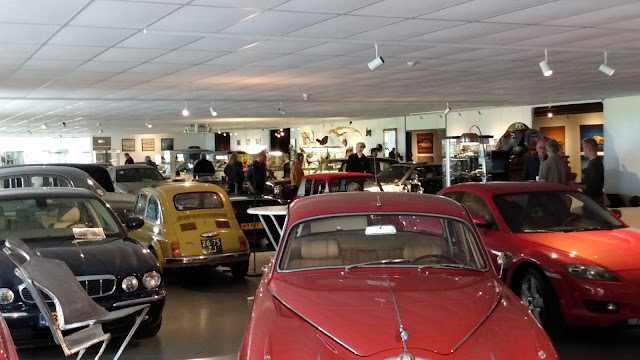 The cars inside varied from Morris to Mazda 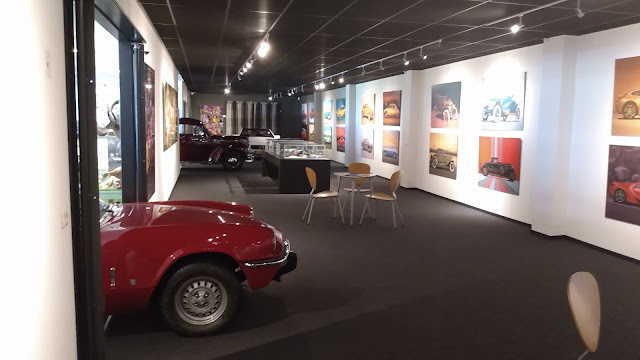 Besides cars there was an exhibition of paintings and taxidermy. 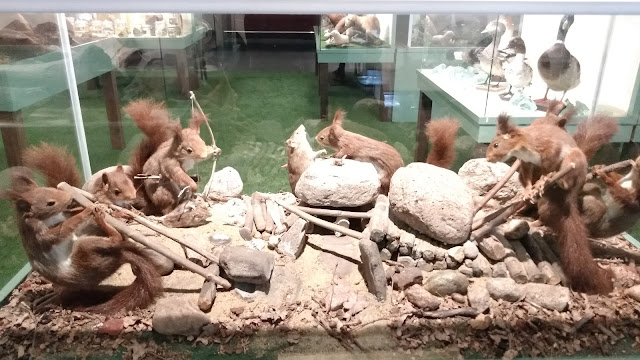 The taxidermy was very skillfully done, though I have never seen a gang of squirrels move large stones to build a cairn. 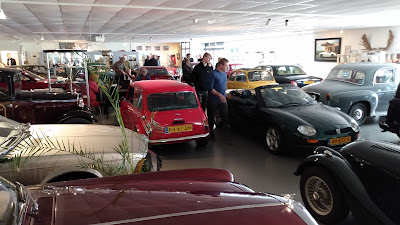 Back to the cars: there was even a twin of a certain wel known red Mini. 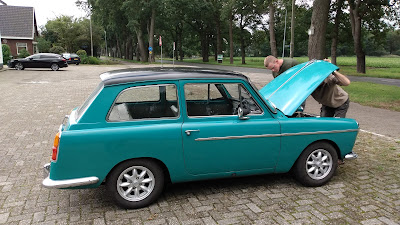 This brawny little A40 wanted a little tweaking before it roared off for the map reading run. 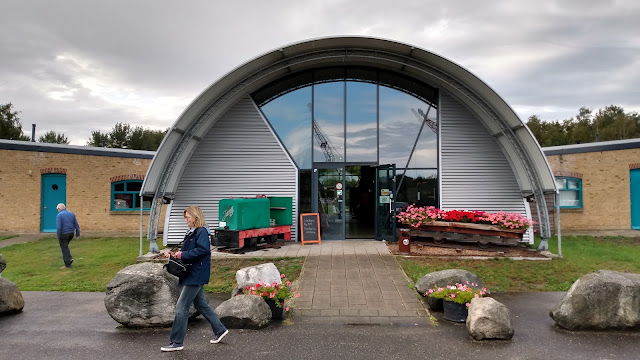 The run finished at this very modern looking building of "het Smalspoor Museum", an extensive collection of narrow gauge trains. 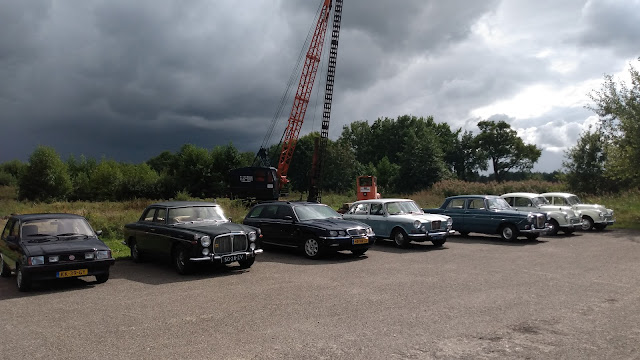 Weather was wet sometimes, but the clouds made for a dramatic backdrop. 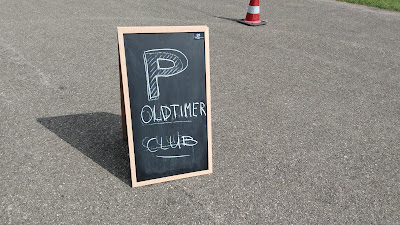 We had reserved parking. 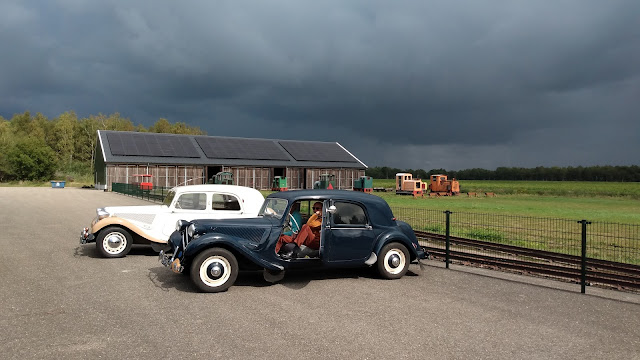 Though some Citroën Tractions had found it first. 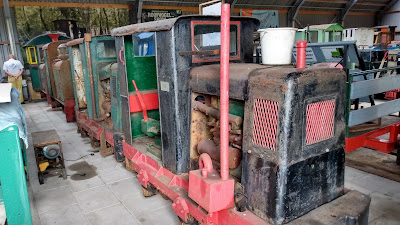 In the sheds they kept about 70 of these little engines. The entire collection totals about a hundred. 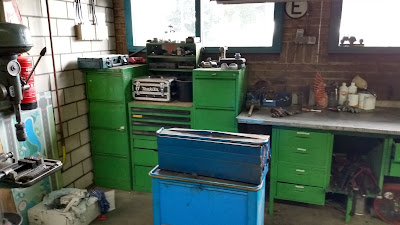 The workshop was immaculate. 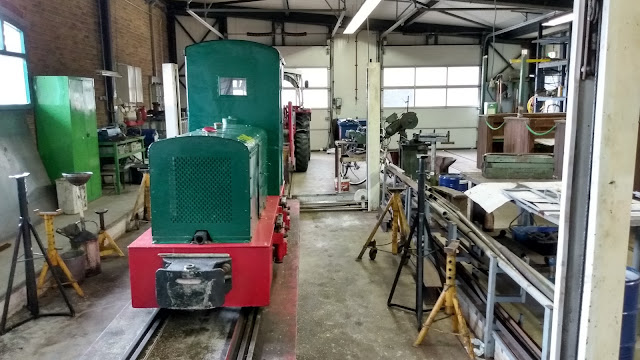 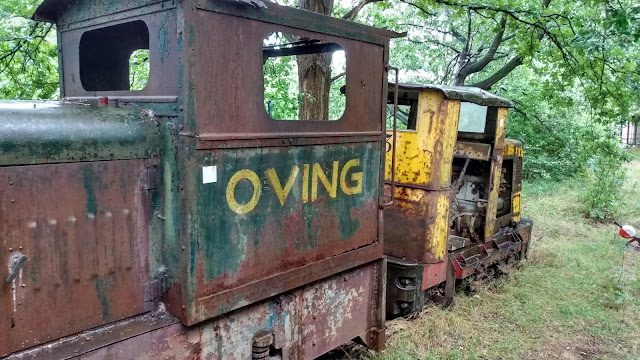 More of these engines were put to pasture, though this very rare example will be restored sometime in the future. 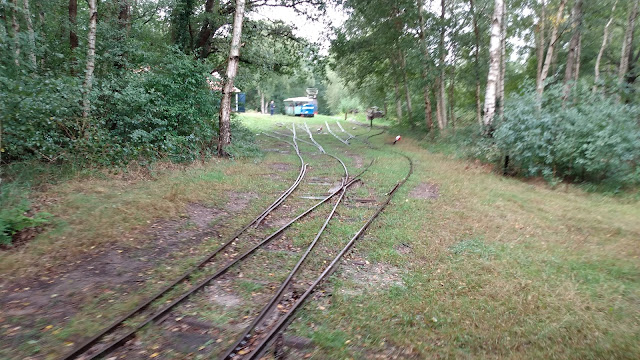 Despite the rain we hopped on a train for a tour. 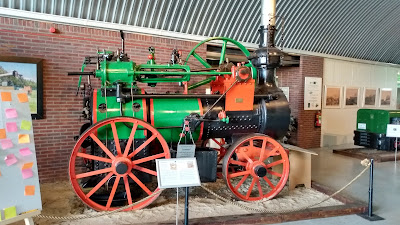 This must be the biggest machine, though it is clearly not a locomotive. But it is an impressive stationary engine that used to power the peat harvesting machinery. 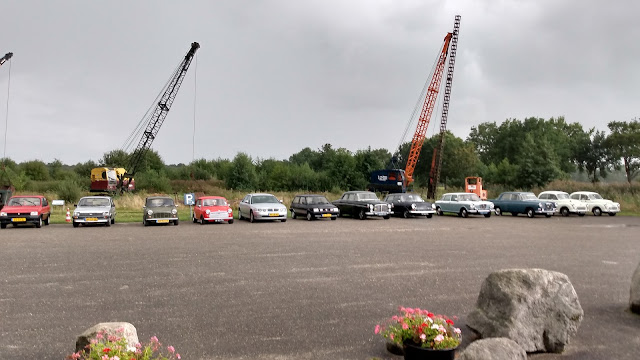 The whole line up before departure. It was a great weekend. 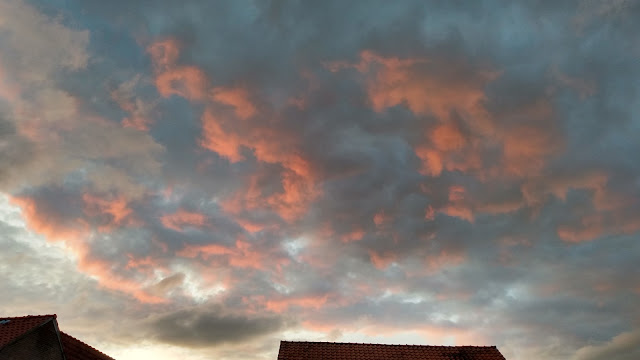