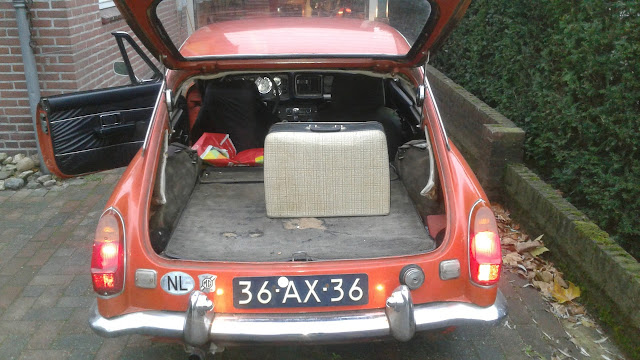 Not to deviate too much from the slight Automotive bias here, I'll start this post with a soothing picture of the rear end of the Blaze MG. But what is that old suitcase in the back? 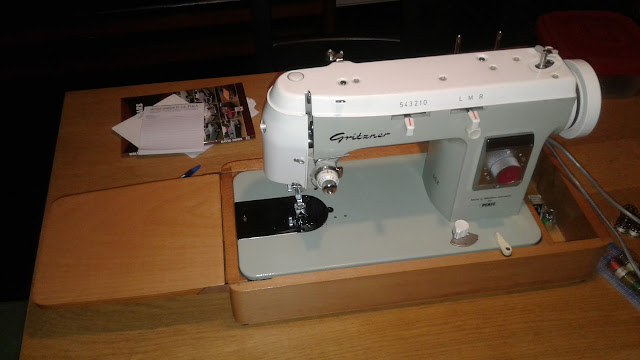 It is a nice "One owner, Low Mileage" Gritzner sewing machine built by Pfaff. Not sure about the build date, but I think it's probably a late Sixties machine. And it's heavy, all German quality iron and steel. You might be wondering why we need Sewing machines in the Rusty collection? Well, they are mechanical (sometimes even rusty)marvels and did you notice the upholstery and seats in the B? 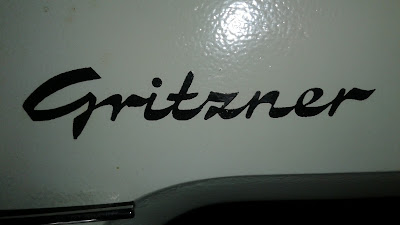 Even the name growls at you: "I'm big and strong!" 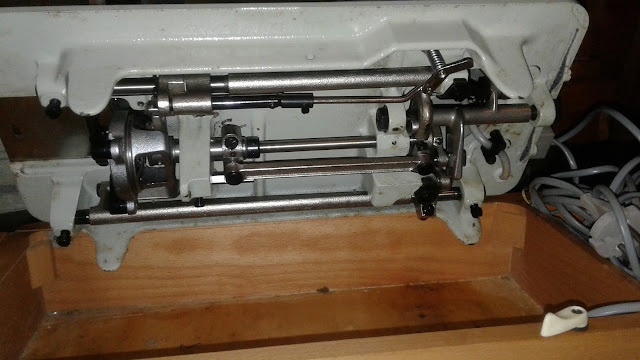 If you look underneath you see lots of heavy rods, levers and a few interesting looking wheels and even though it all looks big and heavy, it's also very finely engineered and the machining is beautiful. 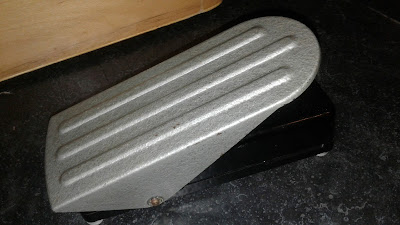 And all that power comes with a proper accelerator paddle. "Fly by wire". 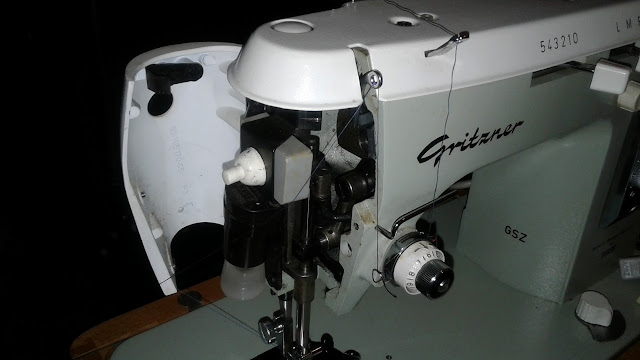 This metal door shows the fine mechanism and the lamp. This machine does not look old or worn out. It looks brand new, and it works beautifully too. 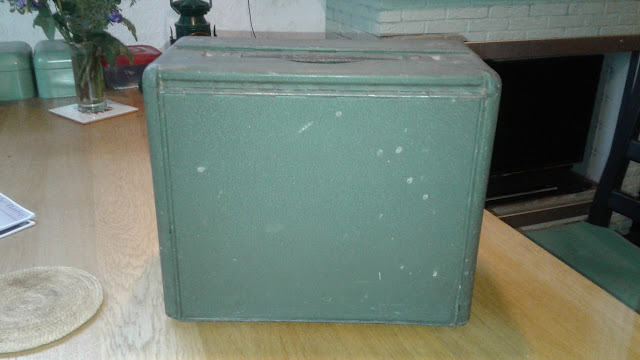 Here's another old box. Not very heavy, but strong enough to make you wonder what's inside. 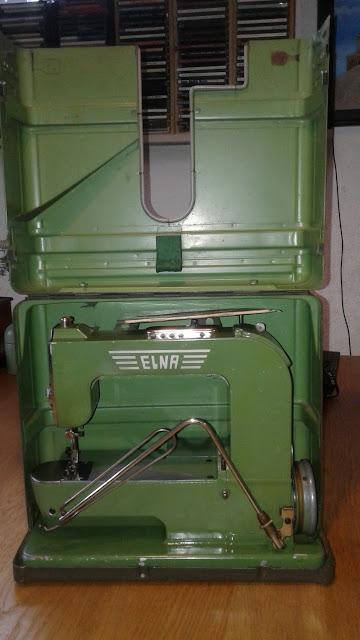 The lid hinges upwards and shows us the contents: an Elna "Grasshopper". Built in Switzerland and designed by a Spanish genius. Do you see that thing looking like a bent coat-hanger? It folds out to form a knee operated control lever. Simple and clever, just like the rest of the machine. 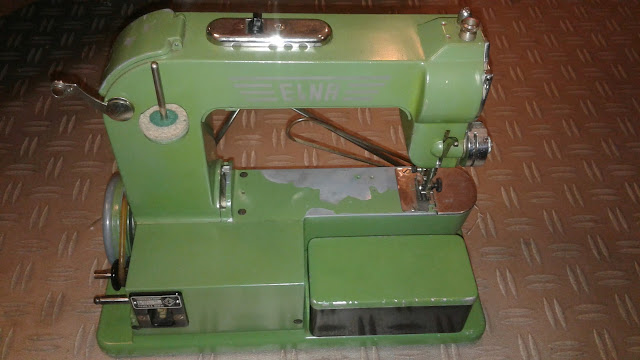 The body is all Aluminium. Straight lines and round edges. This is the rear. There is even a little box for feet and bobbins.  Previous owner told me his mother had bought it new in 1942 and used it a lot. The paint has worn off the top of the arm. But the rest looks undamaged and the machine worked beautifully without any nasty noises or rattles. for a while that is... 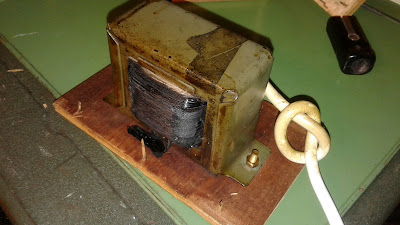 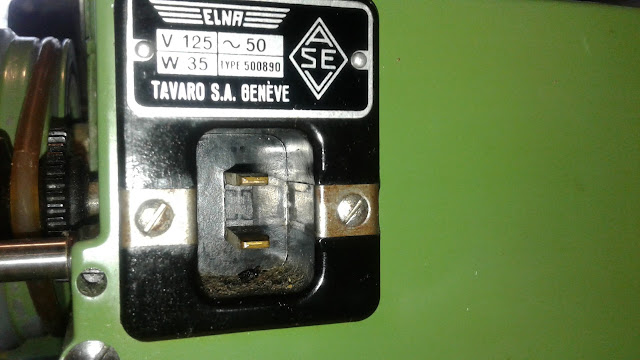 As the machine was originally built for 125 volt mains and we have 230 volts here, it came with a transformer. The transformer was in homemade wooden box. I'll replace it with a more modern transformer. 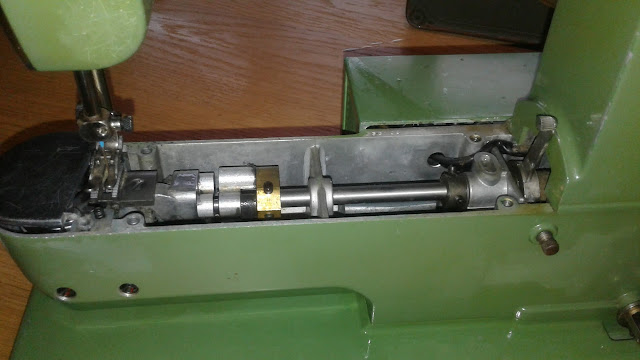 Meanwhile cleaning the internals made the machine turn much easier. Mechanically it looks just as strong as the Gritzner, but as the body is Aluminium and with fewer options it is much lighter. 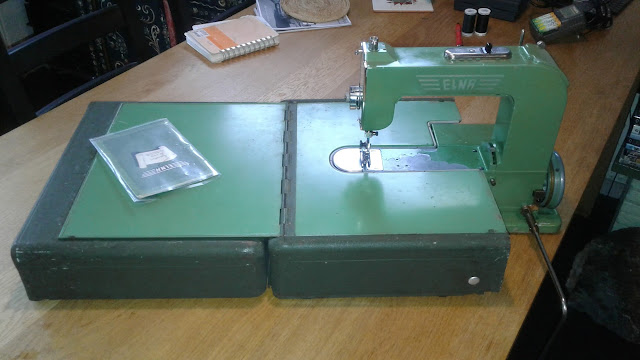 Even the box is clever as it folds out to form a platform, so the free arm is incorporated into a flat working surface. There is also the original manual. US version, so this is probably the US market machine. 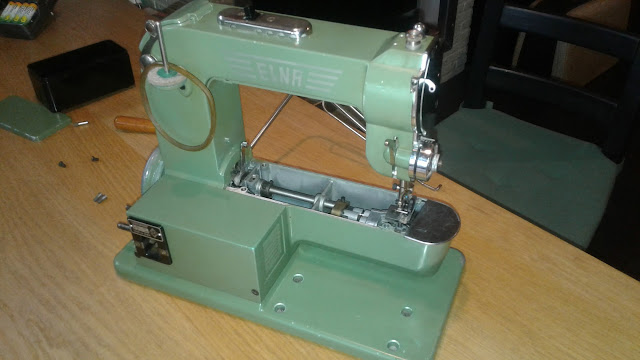 The internet is crammed with information, so I was not surprised to find a website with a reference to serial number and build year. The interesting thing is that the serial number seems to refer to 1946, not 1942. They say 60.000 of these machines were built, so if Austin built 290.000 Sevens, the Elna must be rarer than an Austin Seven. 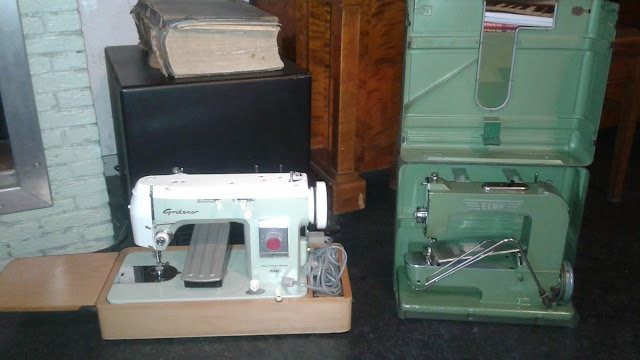 Note the difference in design and size of the two machines. 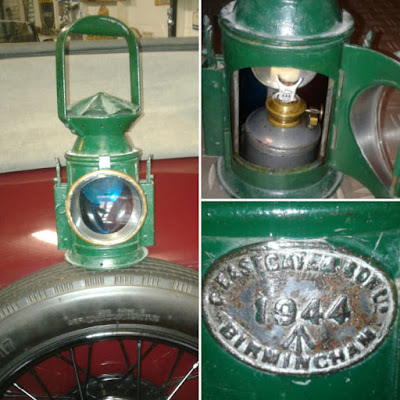 The seller of the Elna mentioned he also had an English railway (oil)lamp to find a good home for. Of course when I saw the label "Eastgate & Son, Birmingham, 1944" I had to take it home. There is a blue and a red lens. By turning the top you can change the colour.