Buckle up in the Austin pickup: fitting seatbelts 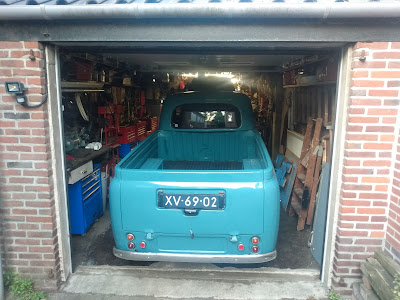 The Pickup is back in the shed for a set of seatbelts. Though seat belts are not mandatory for such an old commercial vehicle, I still find it peculiar that no one ever fitted them to our car. I'm sure the prospect of hitting that steel dashboard at more than light braking has very little appeal to any passenger, so I ordered a set of static belts. 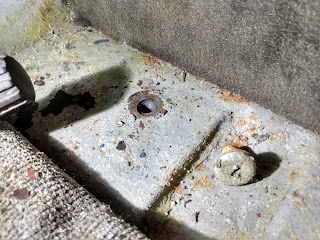 One of the advantages of owning a very late version of an old model vehicle is that by 1969 the mountings for a set of three-point seatbelts were standard fitment to our Austin, so it was just a matter of removing a set of plastic bungs from the threaded mounting holes. With the floor and mountings accessible I sprayed the bare bits with some cavity wax too. 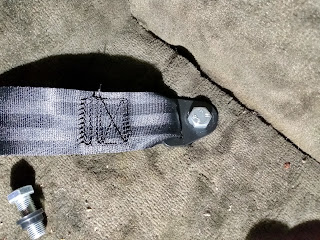 The new belts came with all the required bolts and brackets. These are static belts, because there does  not seem to be enough space between the wide seats and the B-pillar for an inertia-reel system. 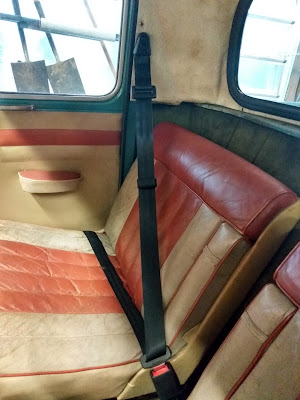 Even though the instructions seemed clear enough, I found that when mounting the "A"bracket in the designated mounting hole "A" the whole assembly was upside down and adjustment impossible. After refitting the first set for the second time, ignoring the instruction leaflet, both sets of seatbelts were soon in place. Now I can use those new brakes with confidence!
at 14:29:00