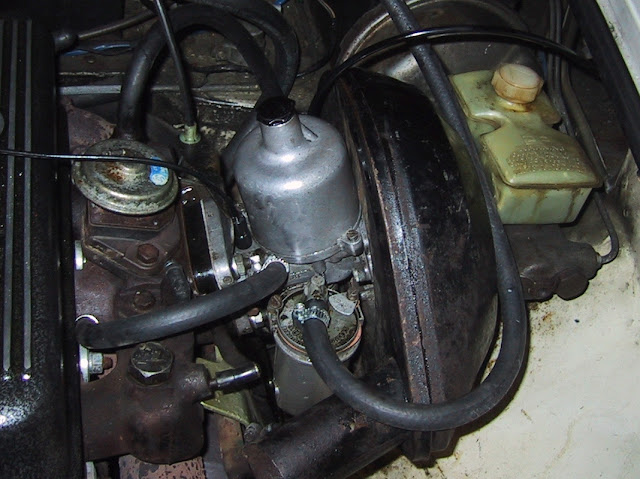 I finally decided it was time to fit a good old SU HS6 Carburettor. In the past the MGB roadster was "enhanced" with an USA aftermarket Weber carburettor. Although  this  made for lively performance, the car never seemed to run smoothly like a well sorted B-engined car should. 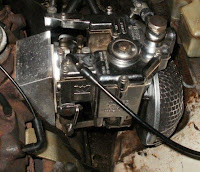 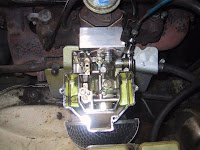 Changing the idle jet for a richer one and a lot of fiddling made a big improvement and I almost wanted to keep the shiny Weber, but for some reason, after winter storage, the mixture seemed all wrong, so the search was on for the usual culprits like ignition faults and air leaks. What else could cause this sudden lack of performance? It must be something trivial. The interior of the Weber looked clean enough, but to be sure I filled the tank with fresh fuel. No improvement, so the search was on, culminating in a nice old SU HS. 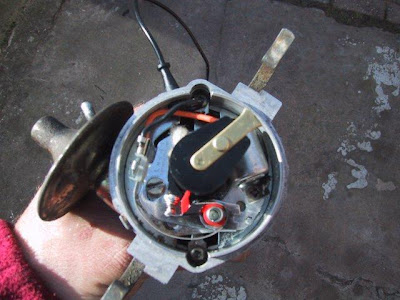 The ignition had been changed for an electronic one, but just in case, new points, rotor, condensor, cap and HT lead, coil  and sparkplugs were installed without any difference. Sure enough installing an even richer needle in the Weber did make considerable difference, so I decided the problem was caused by some glitch inside the Weber. I'm sure I could have spent another day fixing the weber, but I was fed up with this ugly thing anyway, so I decided to fit an SU HS6 from an Austin 1800 as I had several incomplete examples in my boxes of spares. I thought I could make up one working HS6 out of these. 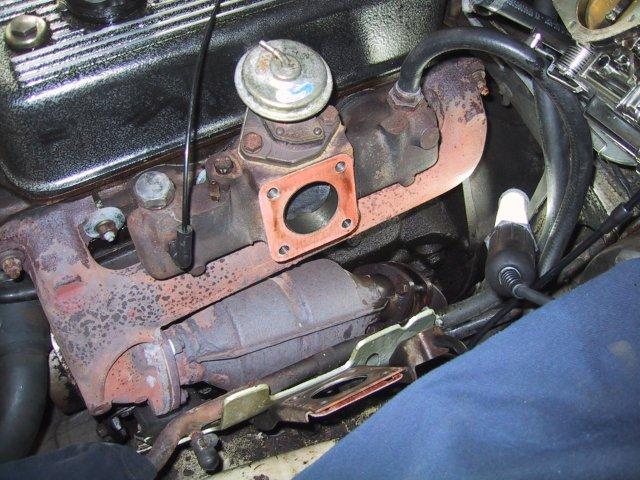 Here you can see the Weber removed. Originally this is where a Zenith-stromberg used to live, but the SU fits perfectly. Below the manifold you can see the catalytic convertor. 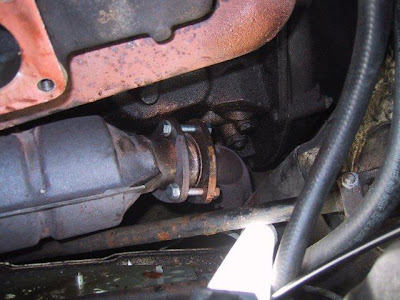 Here you can see some shiny new bolts in place While rooting around down there I found the flange from the cat to the exhaust was loose and leaking. in principle that could cause trouble too, so I inserted some new nuts and bolts to reattach the exhaust. 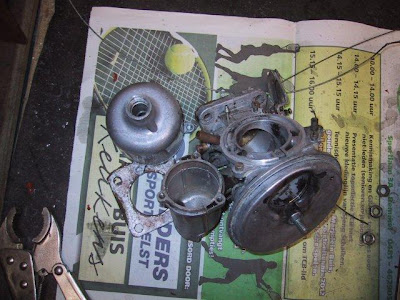 Some of the pile of parts that will make up the "new"carburettor. 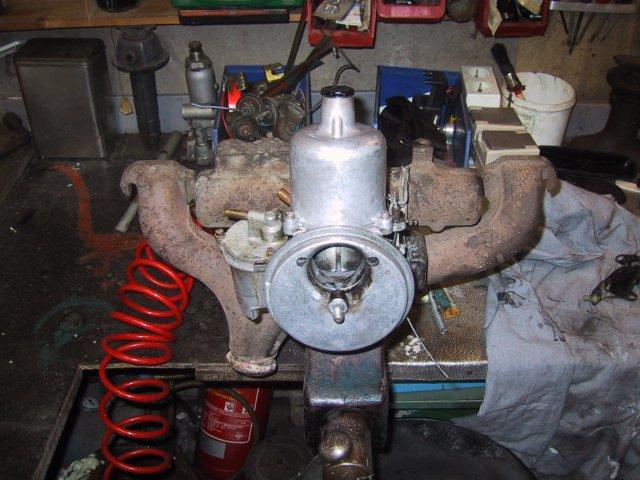 Mocking up the combination on a spare Austin 1800 manifold. 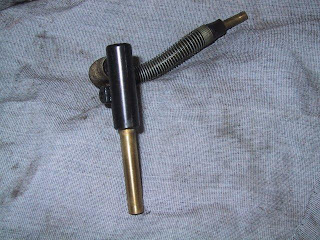 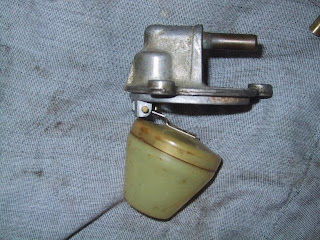 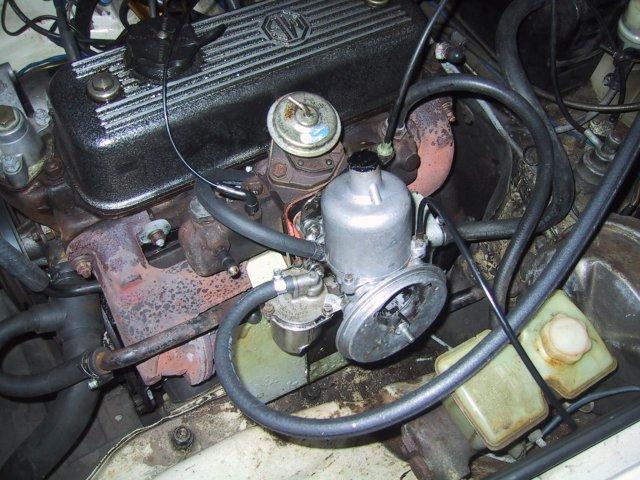 And here you see the almost completed set up on the car. The first test drive shows the car finally idles and drives like a good Mgb should. Now for an airfilter and we're ready for spring! 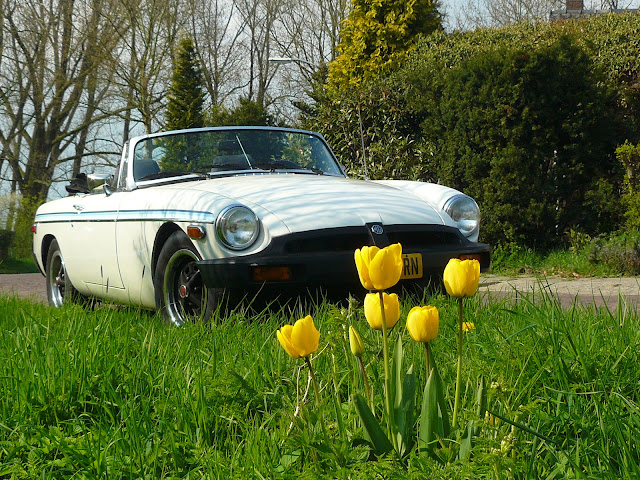