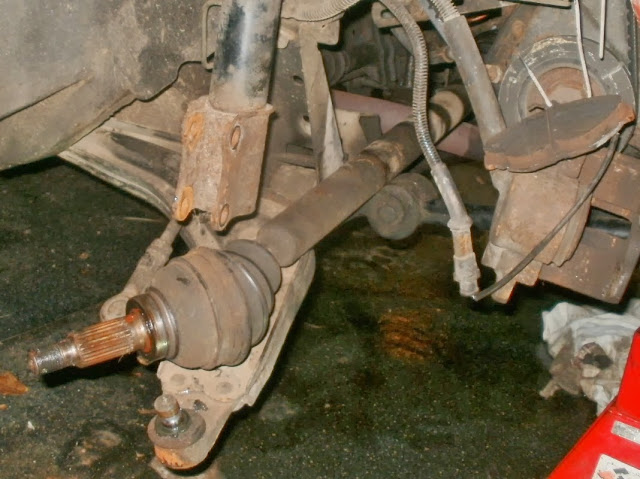 There were scary noises coming from the front of the car. I found that the right front bearing was mounted incorrectly so the total size was too long. Time to replace the bearing with a new one. 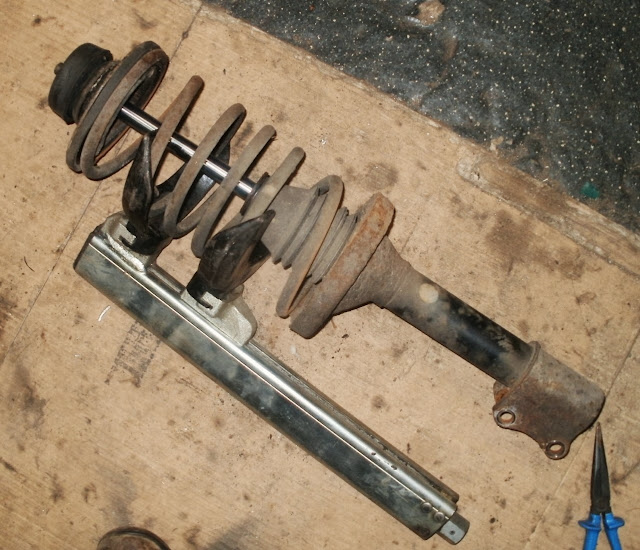 Some of the noises originated from the top of the strut as the top bearing nut was undone.With the front suspension apart I had time to remove the strut and compress the spring to take the pressure off the nut to adjust it. 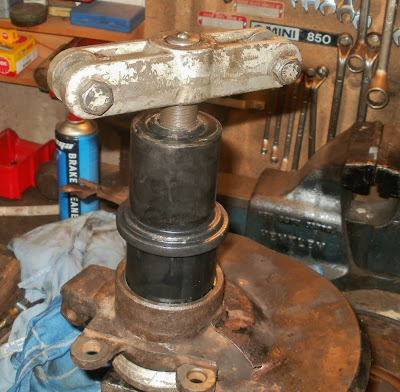 After removing the old bearings with a drift and hammer, I used this press, assembled from parts of a large puller and adapters from a 4wd knuckle joint tool, to press the new bearings in place. 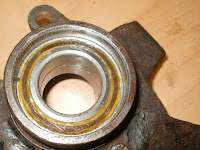 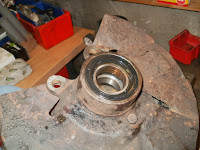 After fitting the oil seal and water shield the assembly was ready to be refitted. I've also found the final rattles from the front were caused by the sick engine mount vibrating steel against steel while cornering.

I ordered a new mount and when I fitted that I noticed the thread for one of the bolts securing the mount was mostly stripped. Fortunately I could fit a longer bolt. and the car is ready for the road. 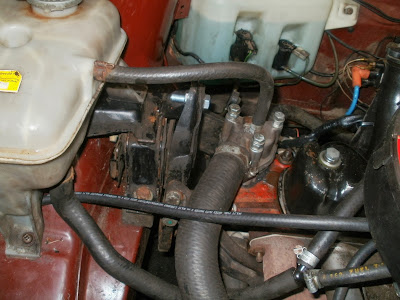 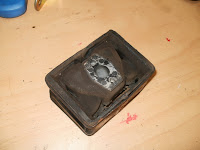 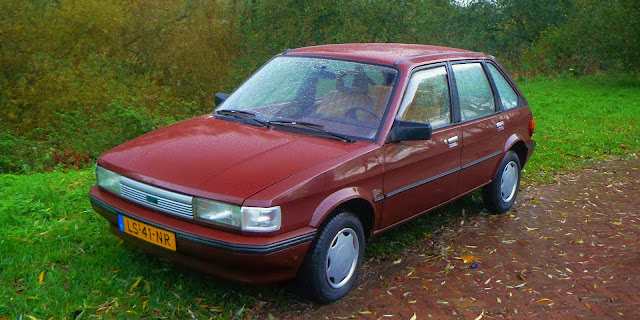