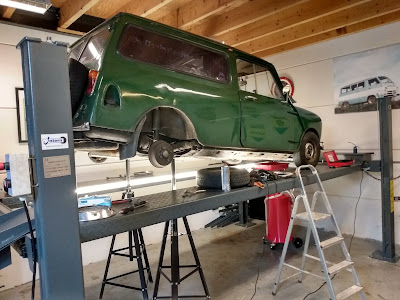 Now, with a four post lift installed in the shed it should be easier to work on those low cars. The mini Van is the lowest of the bunch, so it seemed appropriate to start with a job that came up after the safety test. Yes it failed because the rubber boot on our five year old very low mileage universal joint had failed and the handbrake did not engage evenly on both sides.  Also for some reason the horn and rear lights stopped working. 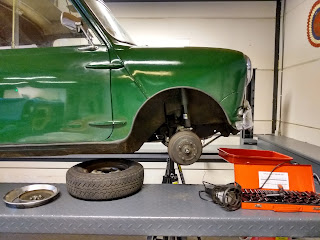 The lights were fixed by changing the bad fuse that looked fine but refused to pass any current. I also changed a rear number plate light that suddenly came apart and the horn was fixed by re-attaching the spade connector to the horn. 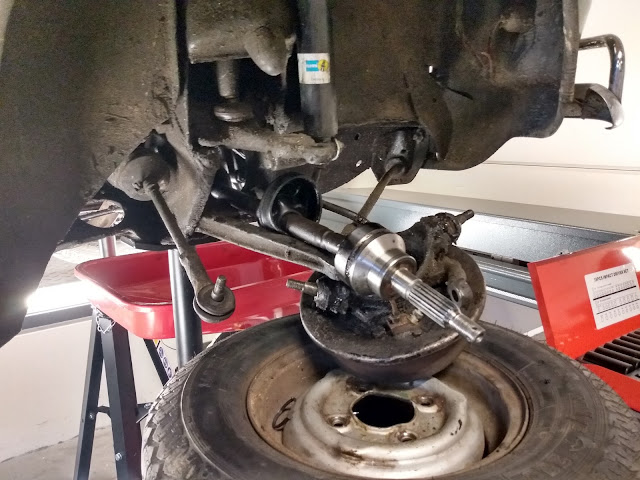 I undid the ball joints and steering joint and removed the drive shaft from the differential so I could make a swing with the old hammer to remove the universal joint with the offending rubber boot. 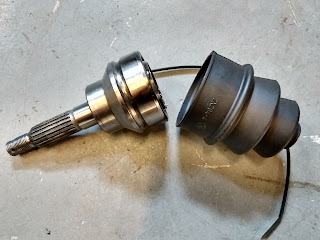 The joint still looks brand new of course. I peeled off the boot and replaced the whole assembly. Not a difficult task, but rather greasy. 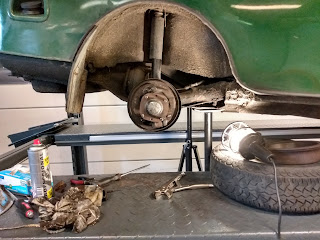 After this it was mostly a regular service. The oil was changed and all the greasing points were lubricated. The brakes were also all serviced. One of the rear handbrake actuators had seized due to lack of use, so I took that one apart and reassembled with copper grease. After this everything was fine and the test was passed without more issues.
at 15:29:00