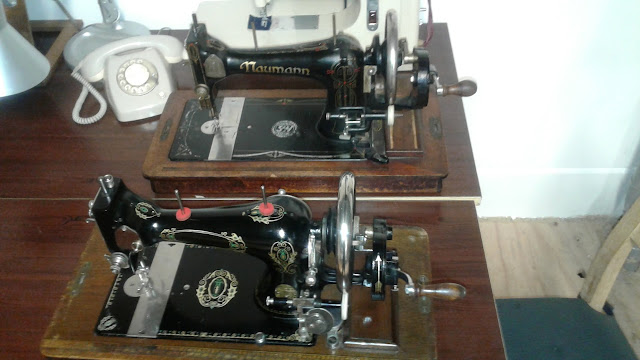 Sometimes when you don't expect to find anything, you catch three good machines. It must be like fishing. Here we found a nice 99k in one shop and two nice 128/120 "inspired" machines in another shop almost next door.
There are so many of these around that you could almost build a collection from this class of machine. Here you see the Naumann Kl9 and the Gritzner R we found. 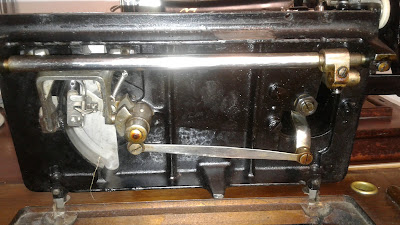 The similarity of these machines makes it hard to spot the differences under the bed. 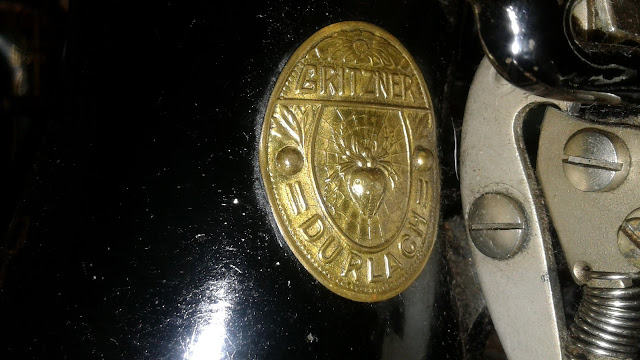 Luckily the Gritzner has a bold badge. Serial number points to 1927 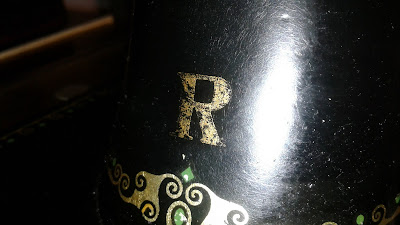 And the R in gold decal 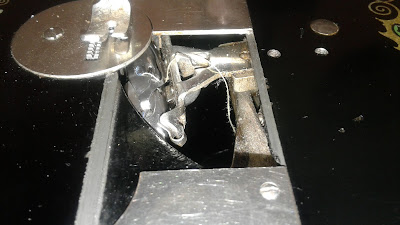 Of course these are vibrating shuttle machines. 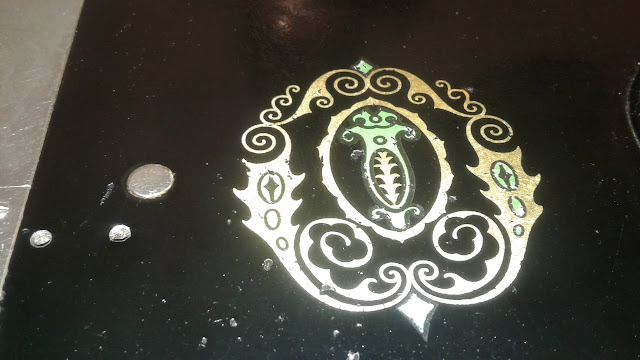 Nice decoration on the bed. 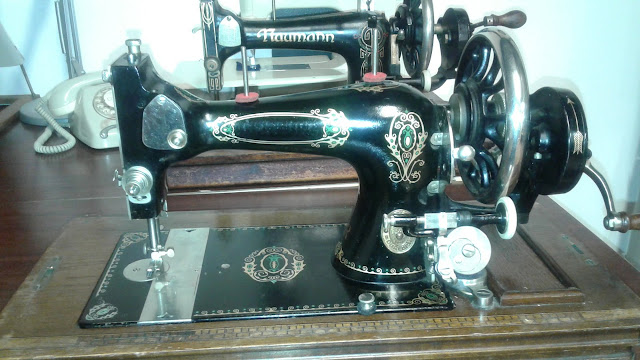 The Naumann script is much clearer than the Gritzner. 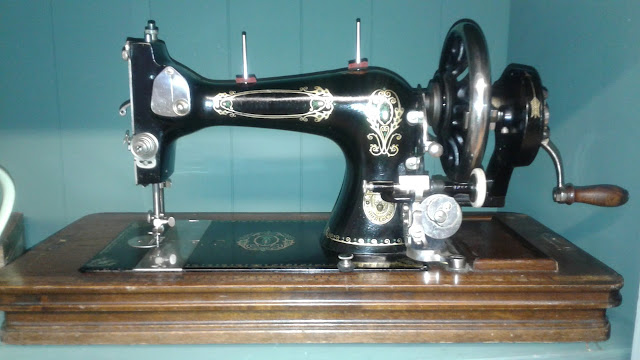 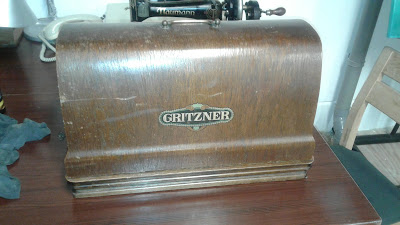 But the Gritzner comes with this nice bentwood case 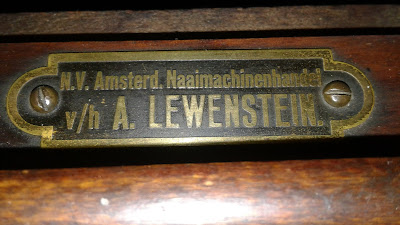 The Naumann was sold by the Lewenstein firm. This name later appeared as a sewing machine brand too. 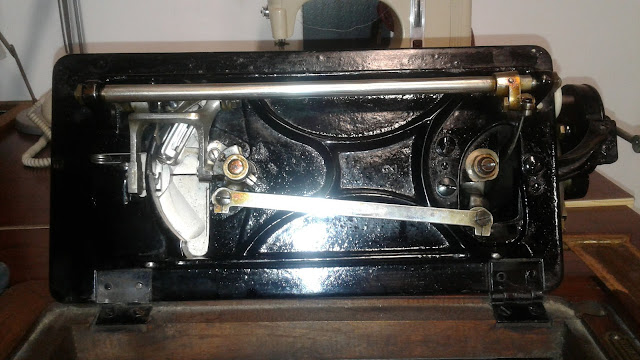 This Naumann was nice and oily. Nothing frozen here. 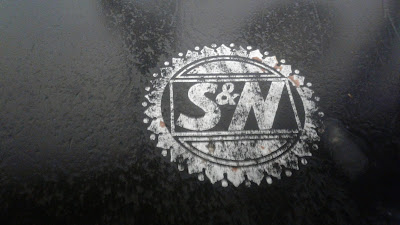 The Seidel & Naumann script badge on the bed. 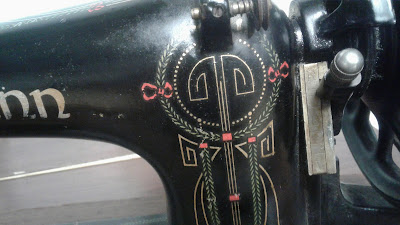 Decorations are a bit thin, but different. 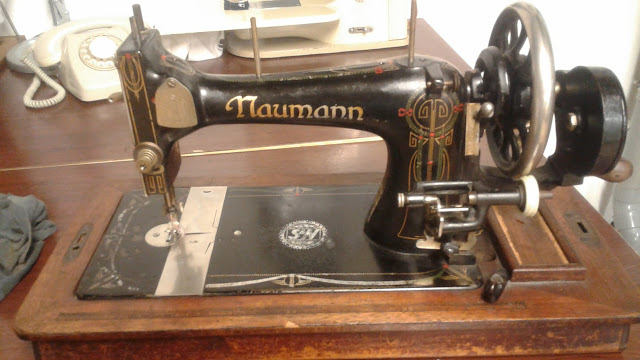 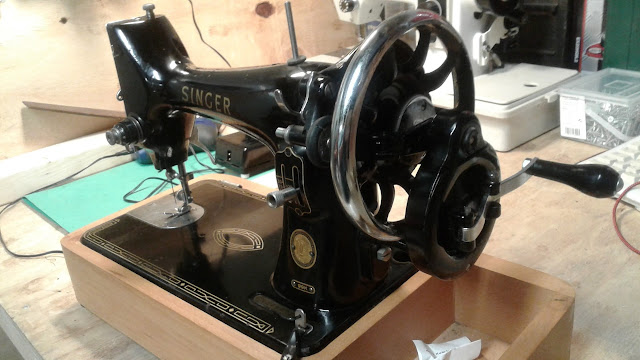 Obviously this Singer 99k is a much later machine. According to the serial number database it was manufactured in 1958. Just a few years later than our 1955 99k, but there are interesting differences. 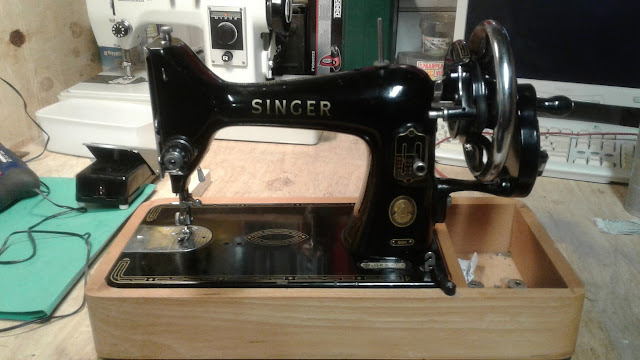 Sadly this one didn't come with a case and the metal lid is missing, but the body is nice. 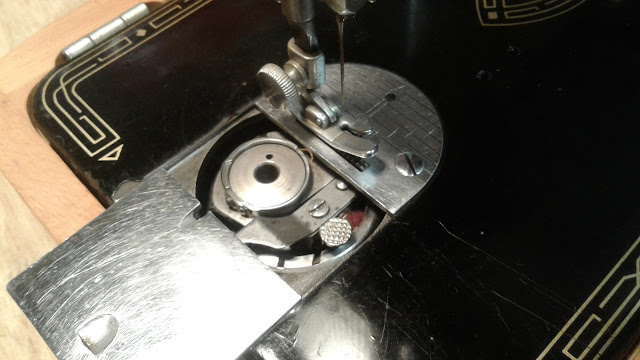