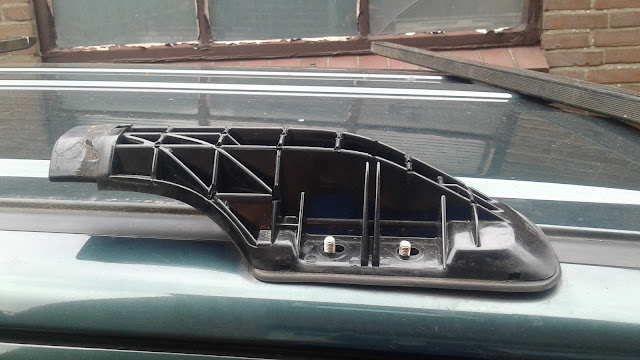 It's a good thing I checked the roofrails on little Jimmny before fitting carriers on the rails and throwing the Oztent on top. 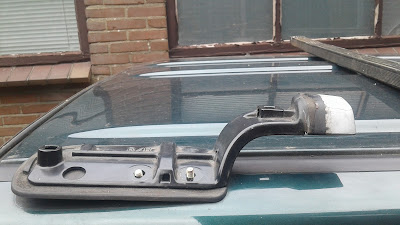 The rear fittings are metal, but the front bases of the rails are made of hard plastic. 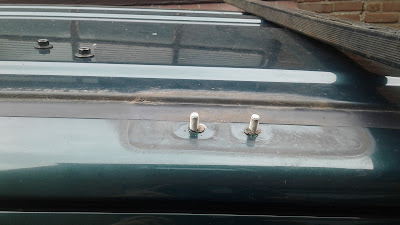 Under these there are two little bolts sticking up from the roof on each corner, so that would be the obvious mounting for something a little stronger. 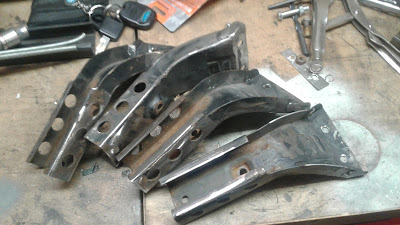 I had a set of very old roof carriers, so I decided to modify these to fit the mounting points by cutting them to size and bending the end to form a "foot". 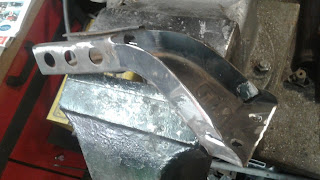 Then the bent end was welded up for strength and two holes were drilled in each foot. 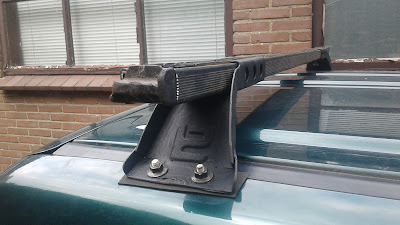 After all this I could mount the complete assembly on some rubber gasket on de studs on the roof. 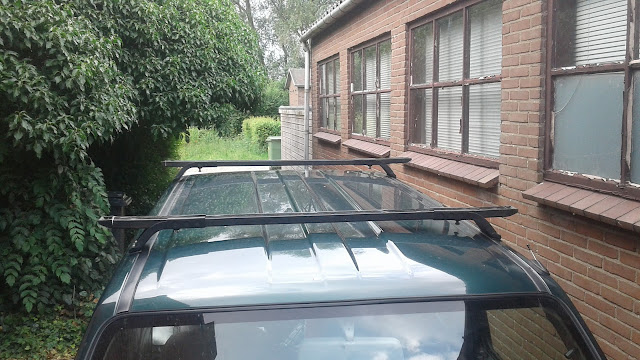 There we are, a useful set of carriers for the Jimny. 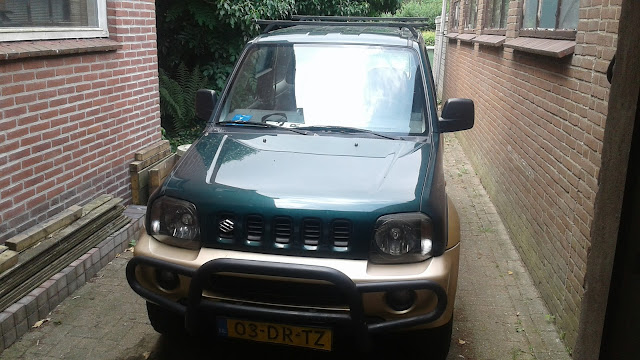 Job done? No. there was another niggle to fix. 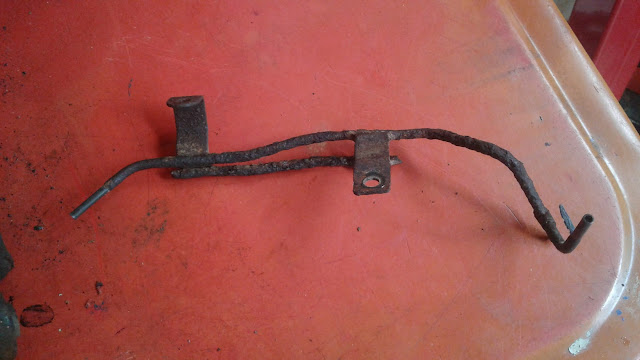 The vacuum operated freewheeling hubs stopped working again. Clearly something caused by another leaking hose. And I'd recently sprayed the axles and underbody with a lot of sticky anti rust compound. 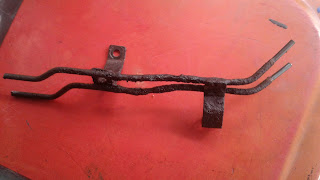 Disconnecting the various lines and blowing through them with another lenght of hose, I finally located a leak in the rusty pipe near the left front wheel. 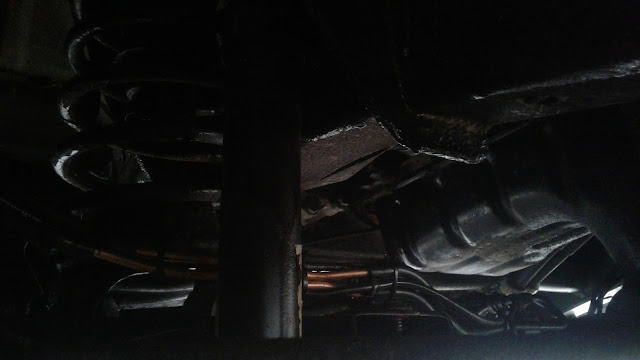 Cut both "engage" and "disengage" pipes off and replaced the rusty ends and any other rusty bit of pipe I could find with new hoses and copper pipe. 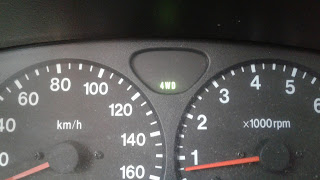 Now we have a solid "thunk" when engaging 4wd and an unblinking 4wd light and some piecese of leftover rusty pipe. 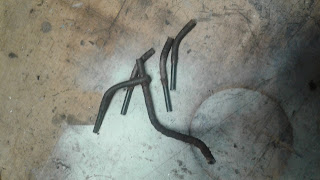