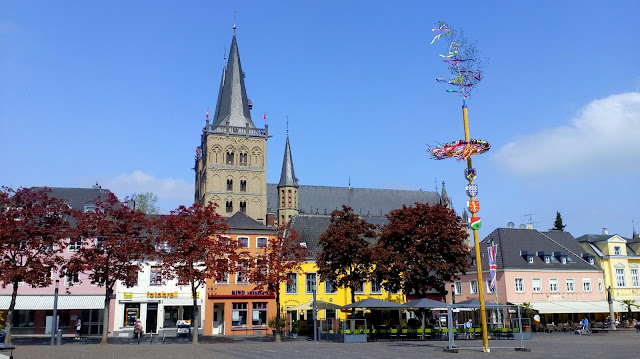 We are not far from the German town of Xanten, so a daytrip there seemed a bit overdue. 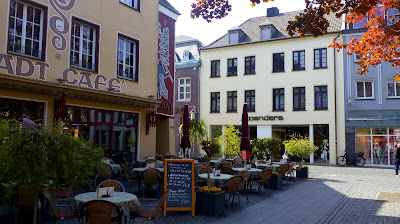 It is a pretty old town with medieval buildings and a nice town square. 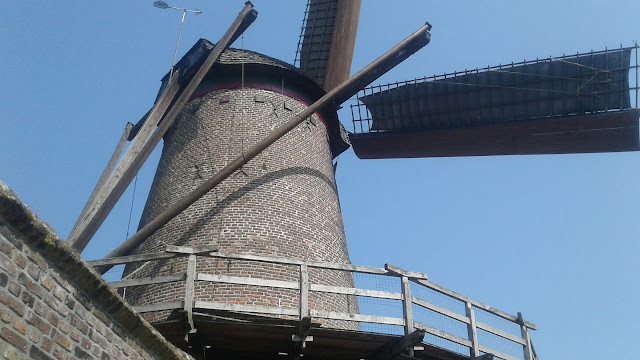 There's a windmill on the City ramparts. 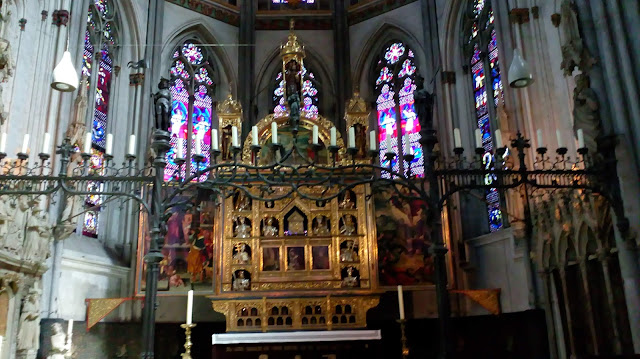 The Dom church is impressively large and well restored after being bombed in WW2. 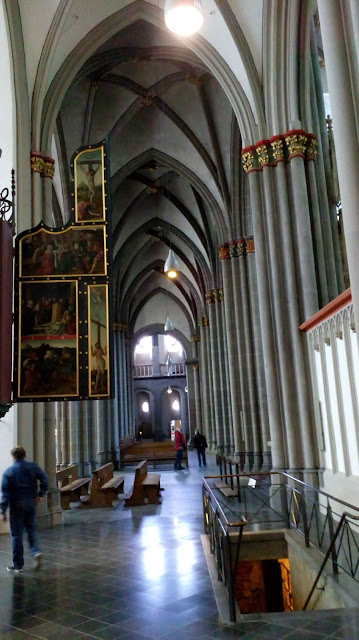 The church is a mixture of Romanesque  and Gothic with modern structures and windows stirred in. The crypt houses a surprising and impressive WW2 memorial. 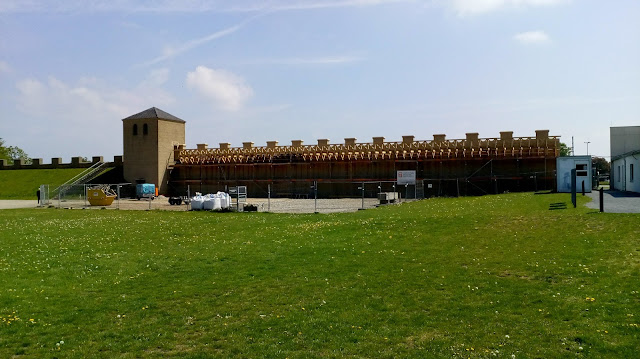 Outside the little town they've built an Archaeological park with a huge reconstruction of the Roman fortifications and several buildings surrounding a large museum full of Roman artefacts. 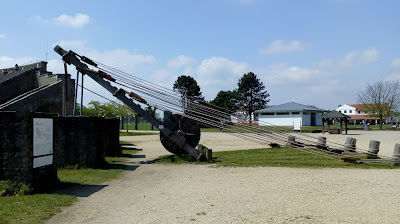 This looks like a trebuchet,  but it is a hoist capable of lifting a block weighing 1000 kgs. 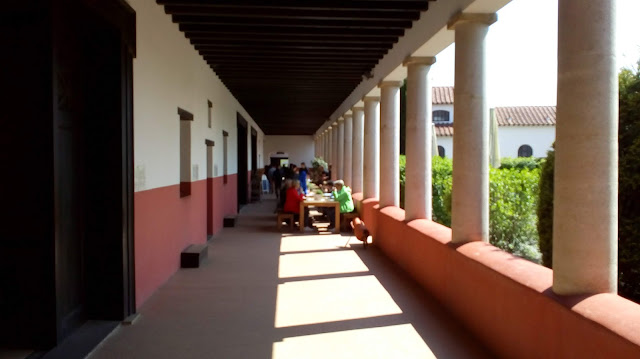 After walking several miles between the exhibits it is wonderful to stop at the reconstructed Roman inn for refreshments. 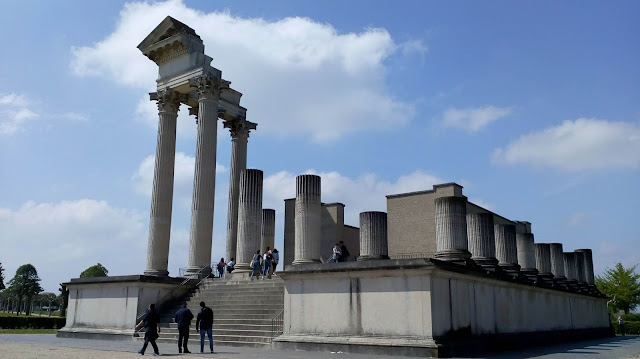 There were two temples, but only the smallest one was partly reconstructed.  Still impressively large. 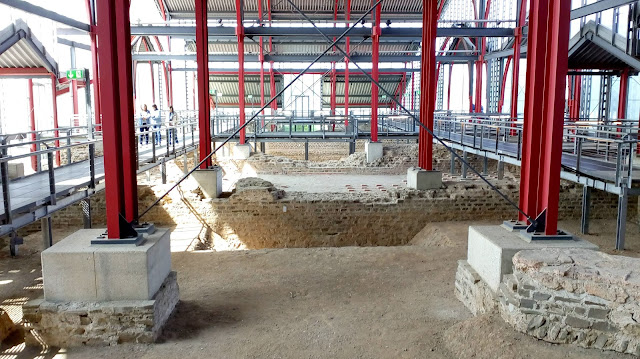 The excavations of the baths are sheltered by a modern building following the shape of the original. I would say it's even larger than the temple, so these Romans must have been very clean I suppose. 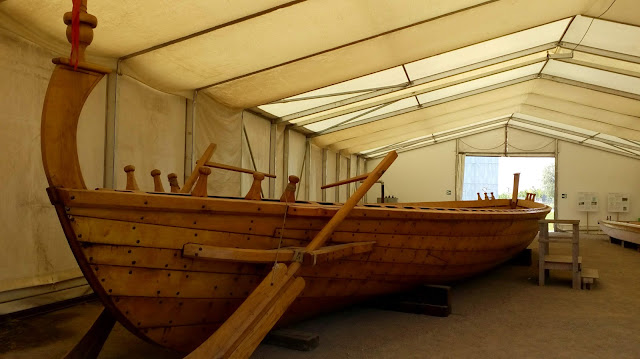 In the main museum building there several wrecks of Roman ships. But I found the reconstructed ships in a tent in a far corner of the park even more impressive.
at 19:45:00