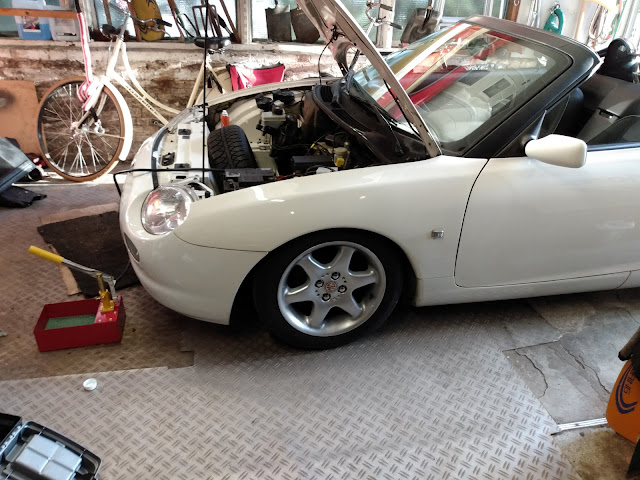 After replacing the displacers, I found that after a few days the suspension of the car went down a little. That is usually nothing to worry about, but when I found a little puddle of suspension fluid under the rear of the car, I was not happy. 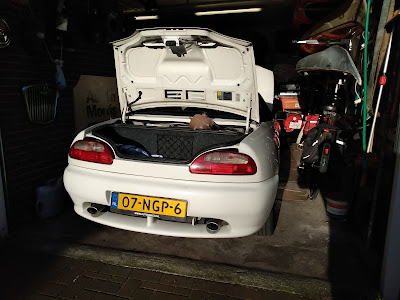 Peering through the letterbox shaped aperture called the engine lid, I could see the fluid was dripping from the connection. As there are rubber seals on those pipes, I thought that the seals might have deteriorated. So I depressurized the suspension, and with some contortionist skills checked the seals. 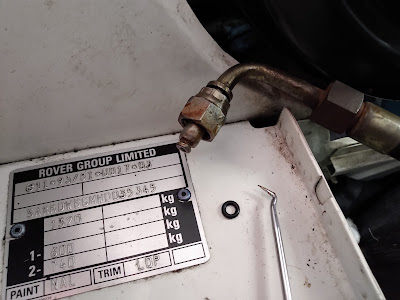 And sure enough: both of the rear seals were leaking and one front seal was weeping a little. 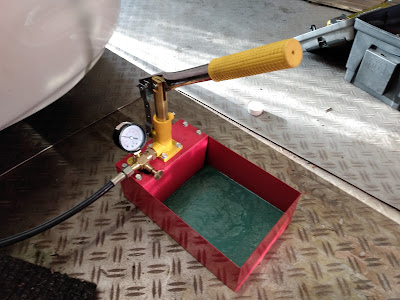 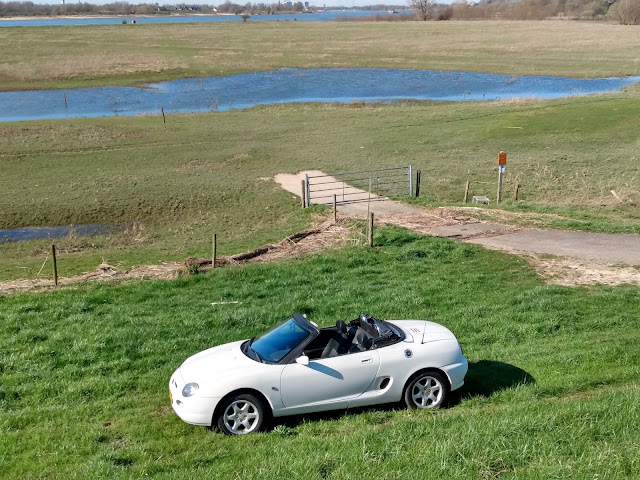