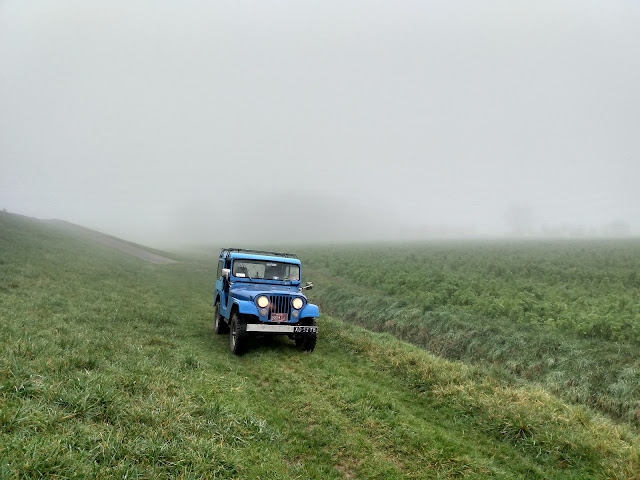 Due to the current restrictions some of the cars don't get as much use as we'd like. When I finally managed to get the Cj5 out I found that the radiator had a slight leak from the bottom tank. A soldered seam had cracked slightly. 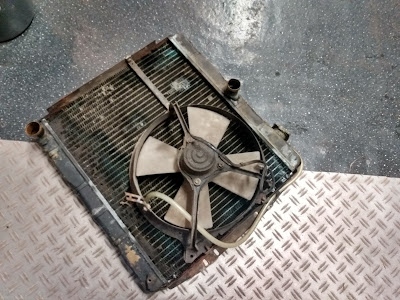 It was easy to remove the radiator from the car. 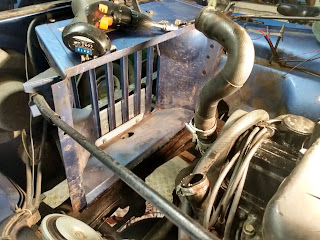 Plenty of room to work. 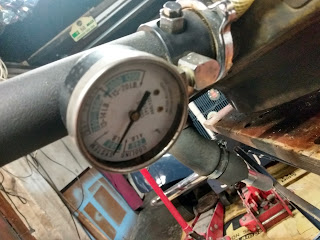 With the radiator out of the car I plugged the inlet and outlet and used a testpump to pressurize the radiator to find the leaks. 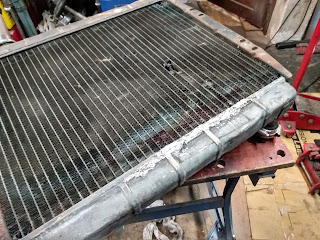 The leaks turned out to be small and I decided I could re-solder the seam. This resulted in a slightly rough, but effective repair. 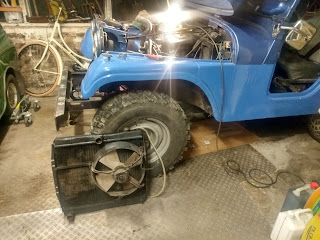 Here the radiator is ready to go back in. 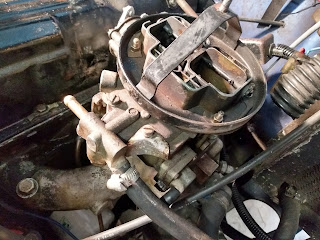 Annoyingly, when I had refitted the radiator and restarted the engine, I found another leak. This time it was a dribble of fuel from the accellerator pump on the carburettor. 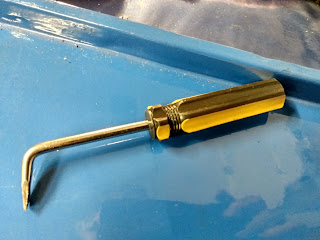 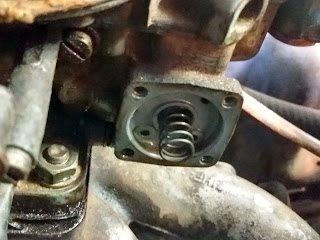 It's only four short screws to get the cover and the lever off. 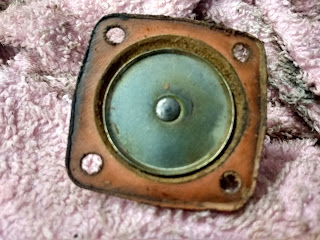 Though the membrane didn't look bad it was porous, so I'll need to order a new one. 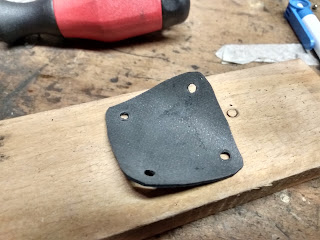 With the new parts on order I could not start the car without a somewhat dangerous leak. But I needed to move the car out of the way, so I made a temporary fix by cutting and punching four holes in a small piece of EPDM-roofing material and fitted that between the cover and carb. Now there was no leak and no useful acceleration, but I could move the car out of the way until the new membrane arrived. 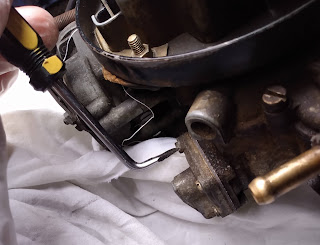 As soon as the new membrane arrived, out came the bent screwdriver again. 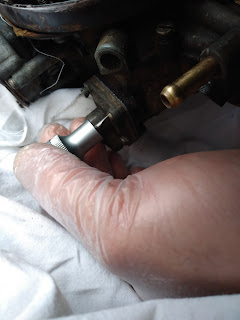 And a short bit inserted into a small socket. 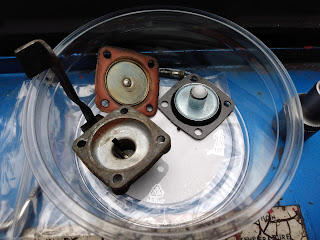 Here you see the old and new,  just before being fitted. 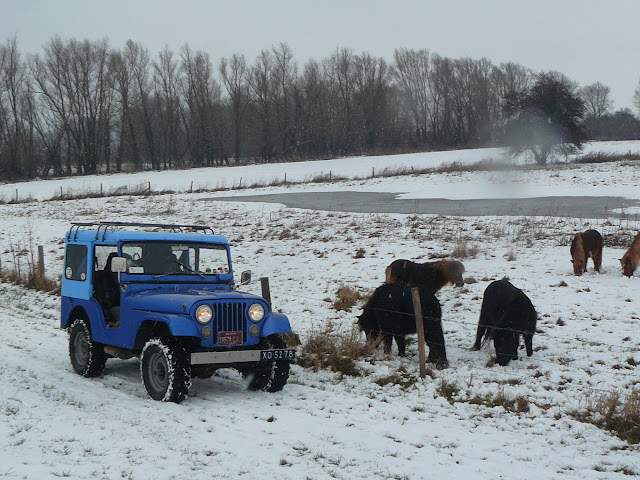