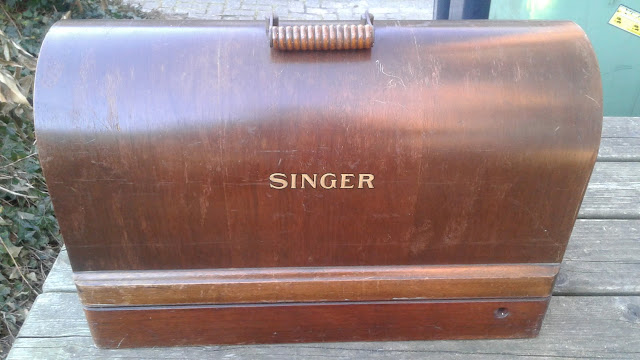 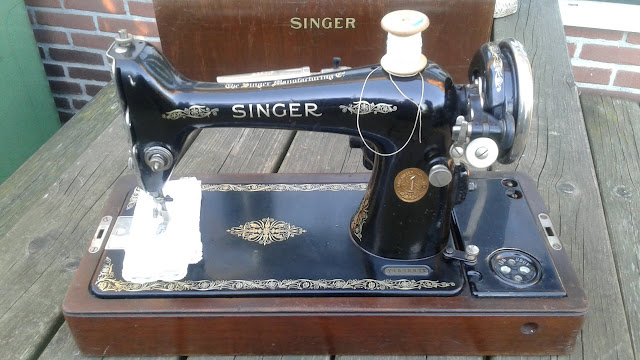 It covers a nice, but incomplete Singer 66K 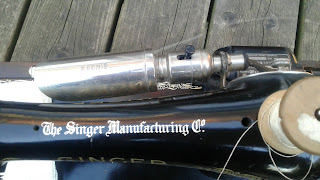 The machine itself is complete. There is even this nice sewing light. 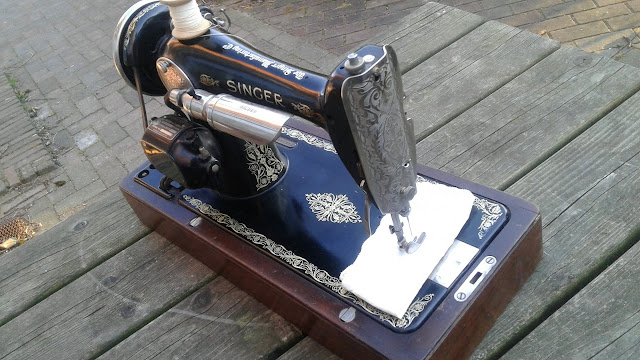 The machine is in nice condition too. The decals and lacquer are well preserved. 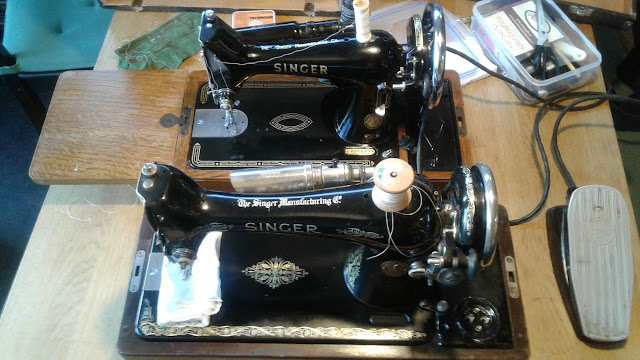 Compared to the 99K in the back this 66K is much bigger. Otherwise they are very similar as the 99 is considered the compact version of the 66.  The rest of the differences are caused by the different years of production. 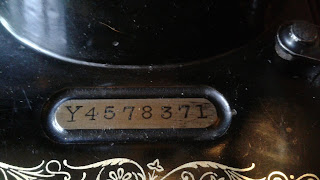 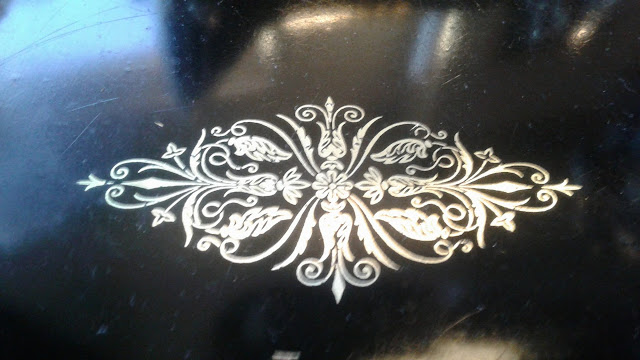 Decals are more elaborate than the later 99K 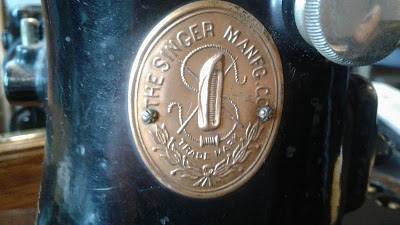 The Singer medallion is also a bit bigger on the 66K 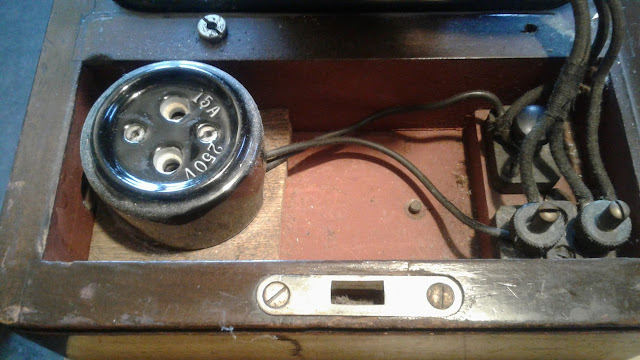 Sadly the pedal is missing as are the cords. What is there looks a bit scary, so getting the motor to run will take some improvisation. 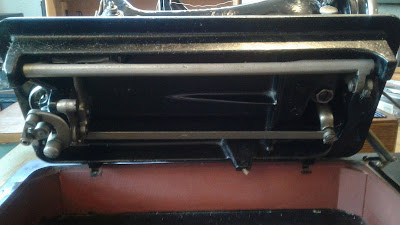