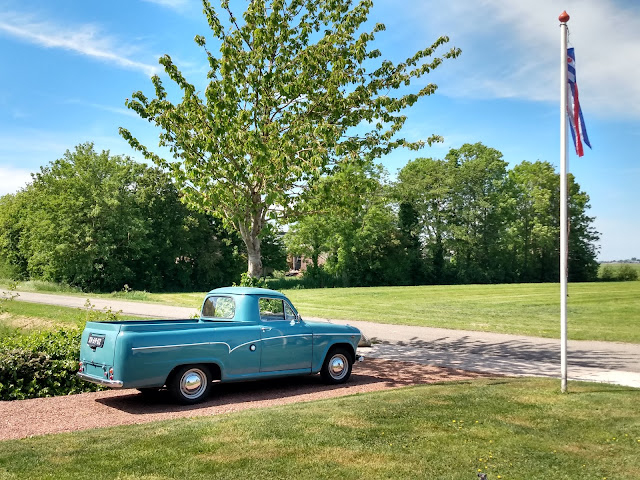 Remember this 1969 Austin pickup? We visited this car in 2011. At that time I had just started the Wolseley Ten project, so I decided not to adopt the pickup as one project was enough. The car was sold to a trader and then ended up with a friendly couple up north. The trader had fixed a few issues and the gave the car a good polish. He also changed the Austin A60 facelift front to the older a55 version. The strange thing is that it should have been registered as an A60 pickup, but it seems that from new it was registered as an A55. The car was offered for sale again. 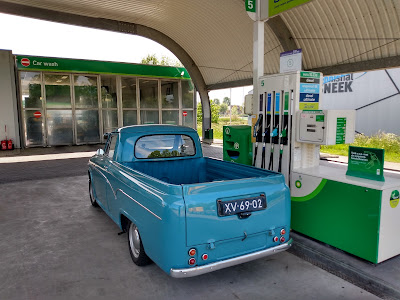 Having a soft spot for pickups and British cars we went to see it and before I knew it I was driving the car home a week later. It was a fairly long motorway run, but the car coped very well and arrived on our drive without drama. I did find the brakes were not as they should be. I expected the rear wheel adjustment to be completely out, so off came the rear wheels. 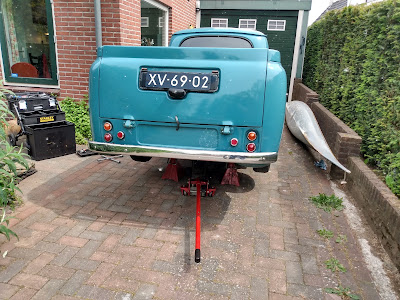 It turned out the left rear adjuster had broken and someone had made a clever fix by fitting a large bolt. It probably worked for a while, but now the thread in the adjuster had completely stripped, so the brake shoes were as far away from the drum as they could be. The pedal was almost on the floor before engaging the brakes. 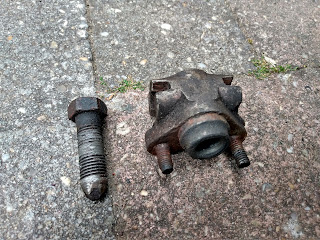 I did not have an adjuster available, so I ordered a new one. 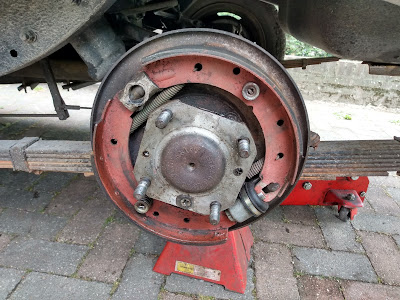 But as I did want to drive the car while waiting for the part, I threaded an M10 thread and bolt as a (very) temporary solution. Now I could adjust the rear brakes again and this made a big difference. The next job will be a full brake service as soon as I have the parts I need. 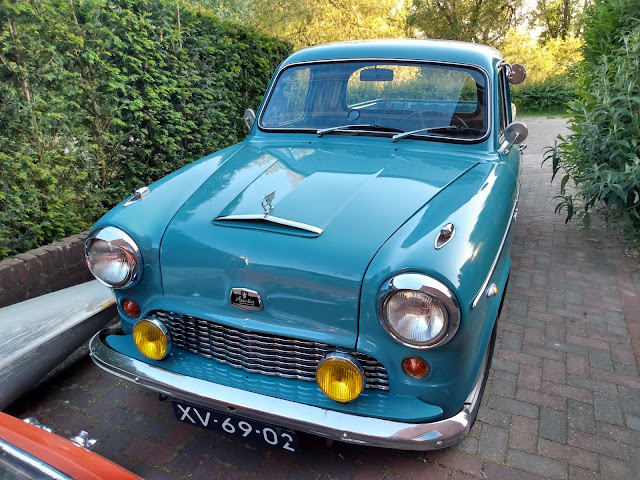 Though I have a little list of things to do, the car is fully operational and great fun to drive. 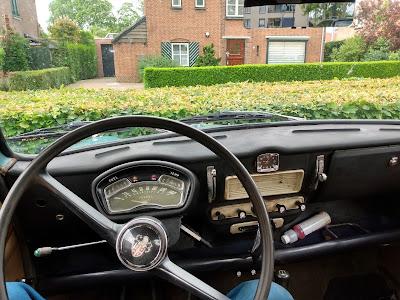 On the saloon cars the dash was an off white colour while the van and pickup were black. Maybe I'll change it. 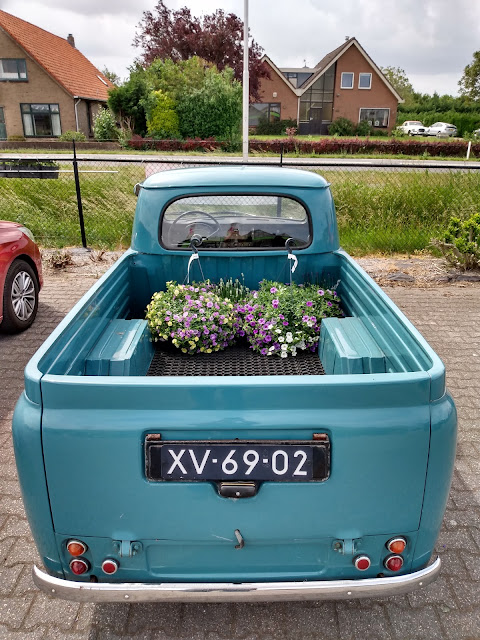