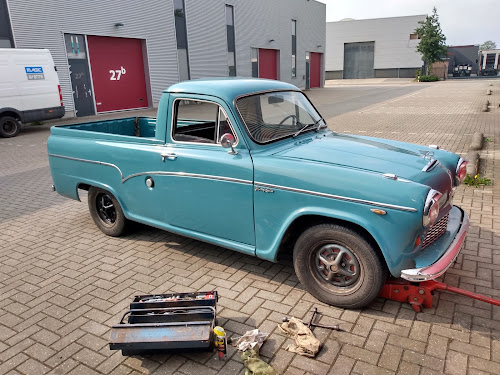 Don't you think the MGB Rostyles look rather funky on the pickup? This is an experiment to see how a larger size of tyres would work to limit the revolutions at motorway speeds. They do make an improvement, but steering is too heavy, so the experiment is still going on. Meanwhile the car was running rather too rich while the adjustment was at its leanest setting. Clearly something was wrong with the SU carburettor. 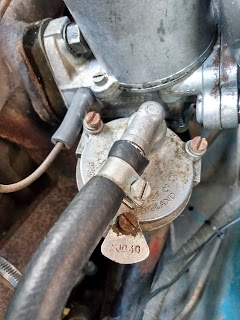 So I ordered the correct needle, spring and jet assembly and a set of gaskets.
I could determine the carburettor was the correct one as the indentification label states: AUD40. 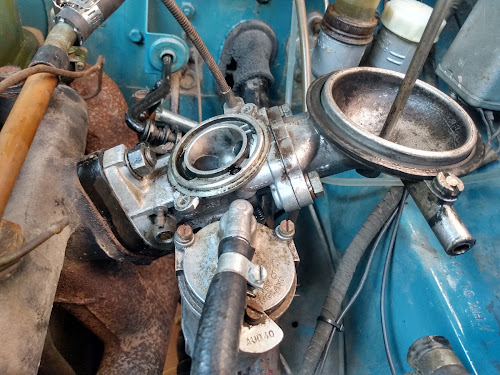 Taking the assembly apart showed some missing gaskets, so maybe an air leak was causing the problem. 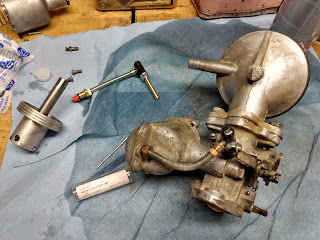 Still I checked the SU and replaced the needle, Jet and spring with the correct items. 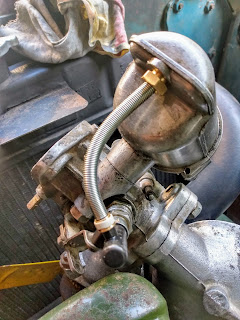 The needle was firmly stuck in place and also the Jet needed some heat to be dislodged from the float chamber. The needle valve worked fine, so I left that in place. 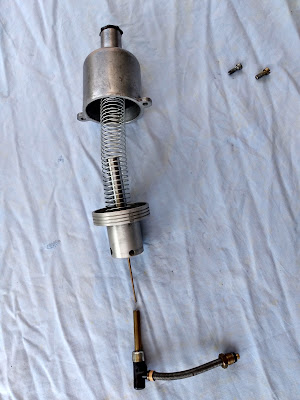 Strangely the vacuum chamber seemed to be slightly out of true as the piston would not slide down as intended, so I used one from another SU. Now the piston works perfectly. 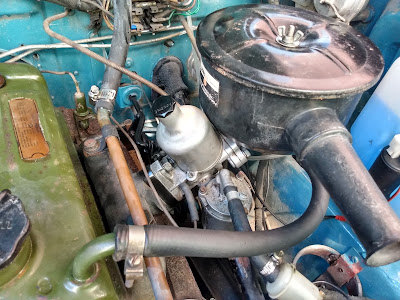 After reassembly the SU didn't look much different, but after adjustment and a test drive I could discern a big improvement. Job done! 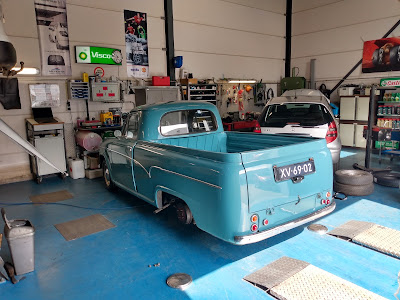 Meanwhile I decided that 175/14 tires were too wide as the steering seemed too heavy, so the final verdict was to fit 165/14 size tires. This is the correct replacement size anyway. 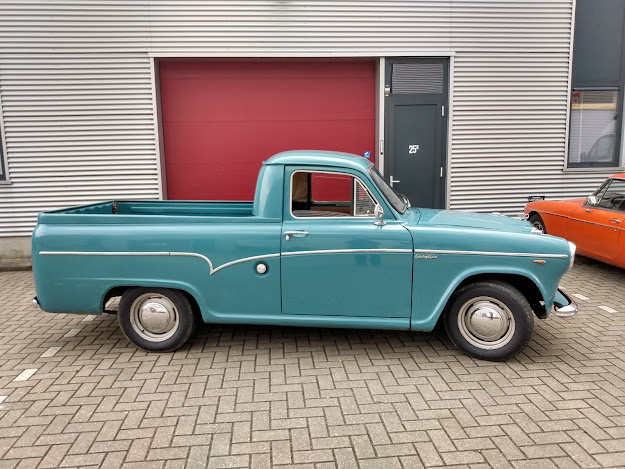 One of the old tires looked fine, but when fitted to the spare it blew off the rim because there was a break in the cord. The new tires look much better and drive better than the old tires.