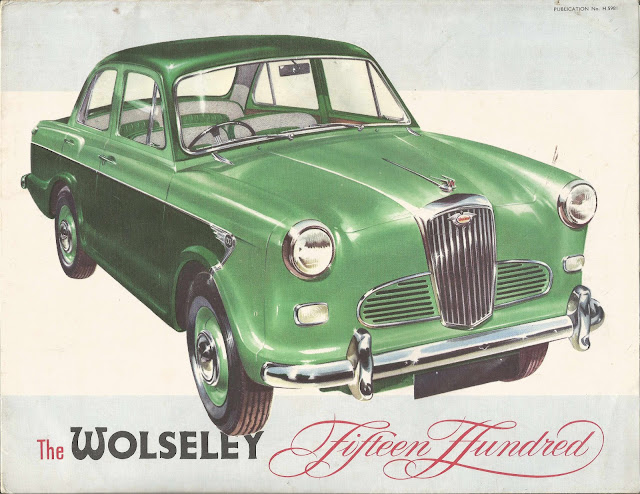 Wolseley 1500 was produced from april 1957 to 1965. It utilised the Morris Minor floorpan, suspension and steering but was fitted with the larger 1,489 cc  B-Series engine and MG Magnette gearbox. The car was almost identical to the Riley One Point five, though the Riley was equiped with twin SU carburettors giving it a little more power at 68 hp. 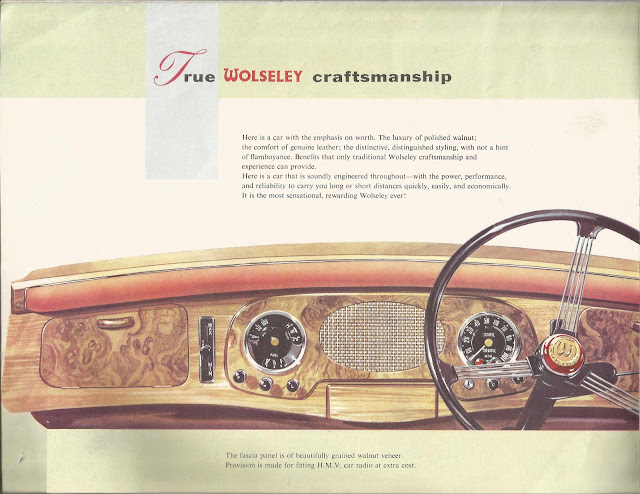 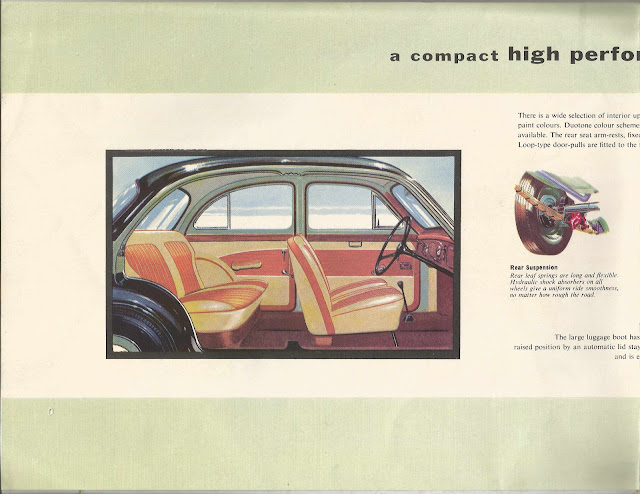 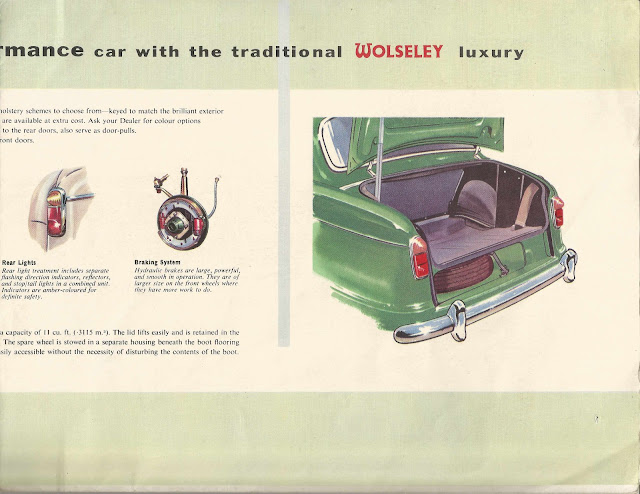 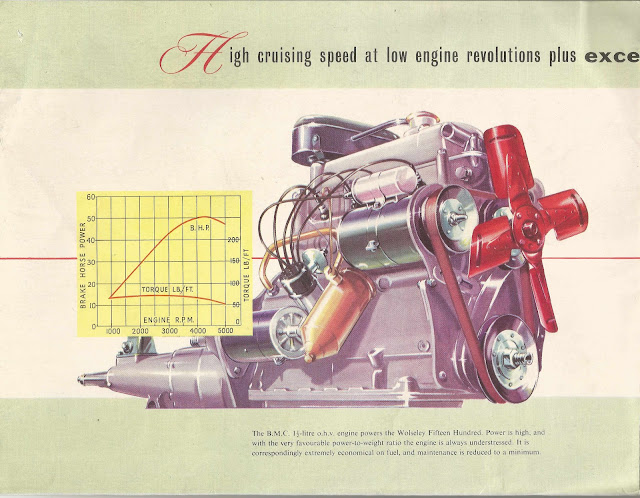 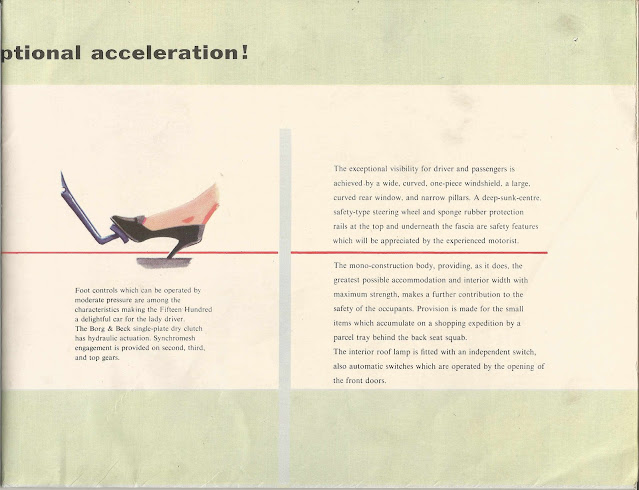 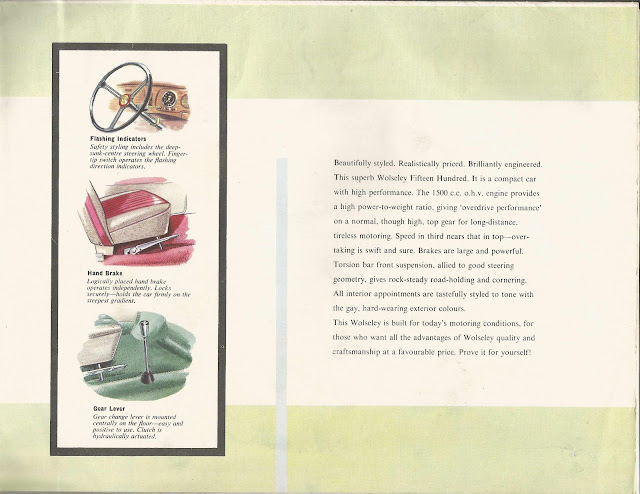 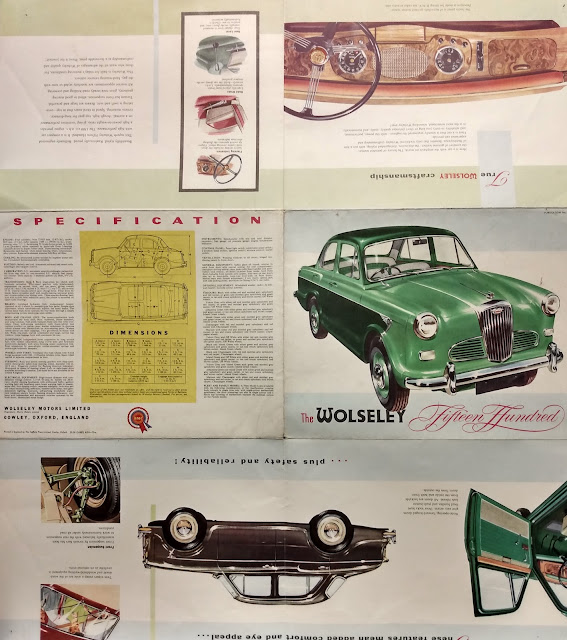 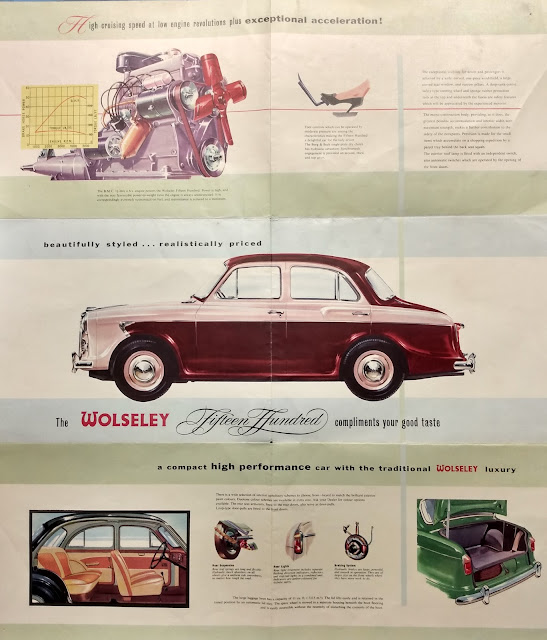 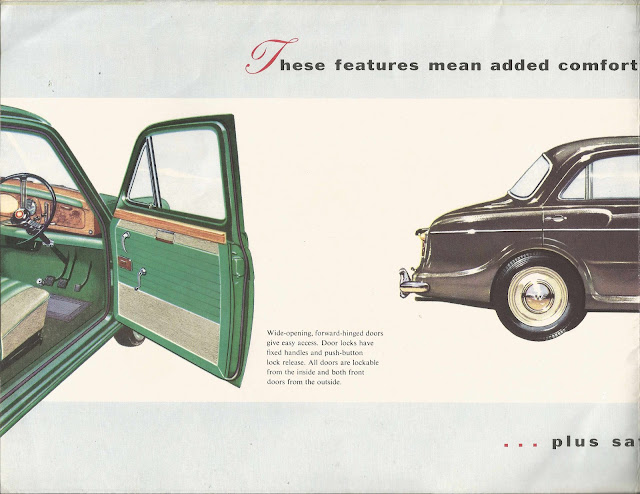 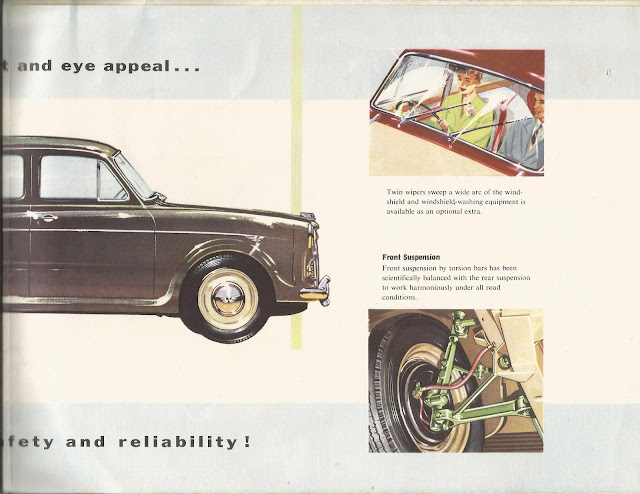 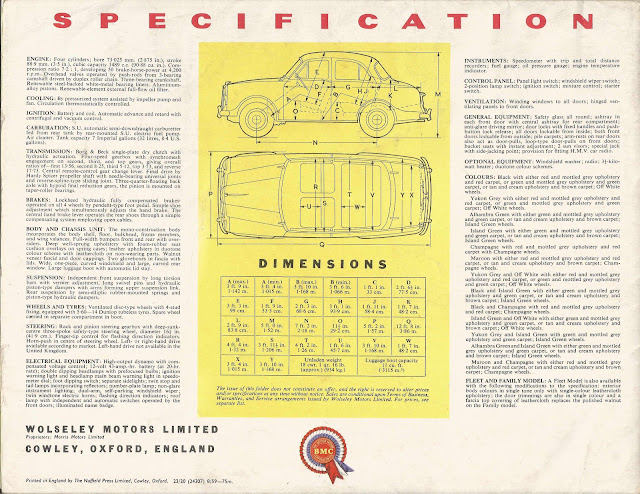