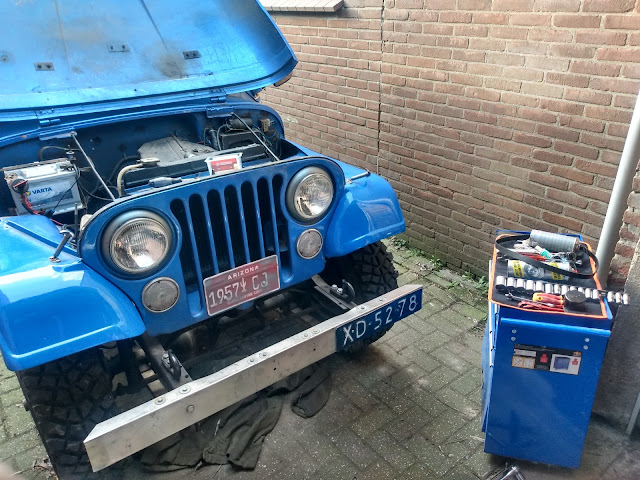 The Ford Pinto engine is a very strong and reliable machine. It is a more modern engine than the original Jeep engine. When we bought the CJ there was already a Pinto engine in the car. When that engine needed replacement I considered fitting an original Jeep engine, but  found it was much easier and cheaper to find another Ford engine and fit that. This engine has a bit less torque than the Jeep four cylinder, but slightly more power and it is much lighter than the six. Also, by now this engine could be called a classic in it's own right.  One of the very few drawbacks could be that it has a rubber timing belt in stead of the chain in the older Jeep engine. This means it is important to check and change the timing belt once in a while even though  the annual mileage is extremely low. 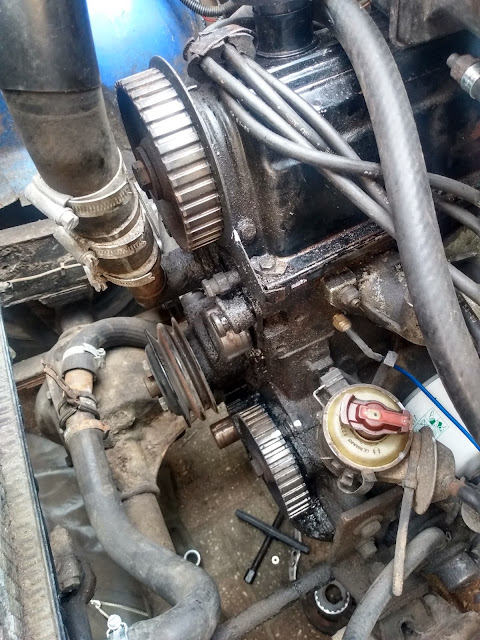 In the previous engine we experienced a broken timing belt. As I could not replace the belt by the roadside at that time, I decided to see if the procedure could be simplified. This time I decided to leave the radiator and hoses in place, but I found I will always need some kind of puller to remove the crankshaft pulley. 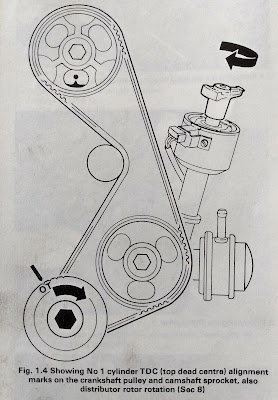 I turned the engine until the pointer in the camshaft wheel was lining up with the notch (I used a mirror for that), the crankshaft was at the TDC pointer and the distributor pointed at number one cylinder. Then I removed the cover and I marked the positions with white marker on all sprockets. Then I removed the crankshaft pulley with a puller and released the tensioner. 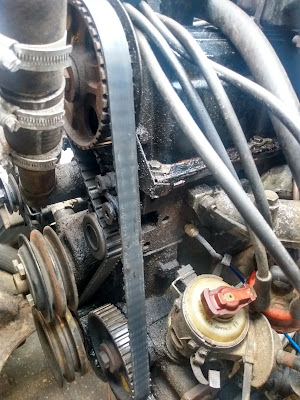 Now it was easy to remove the belt and replace it. The camshaft and crankshaft sprockets didn't move at all, but it was possible to move the auxiliary sprocket a bit to slide the belt on. I had expected some adjustment to the distributor timing, but all marks aligned perfectly, so in theory the engine should start without trouble. 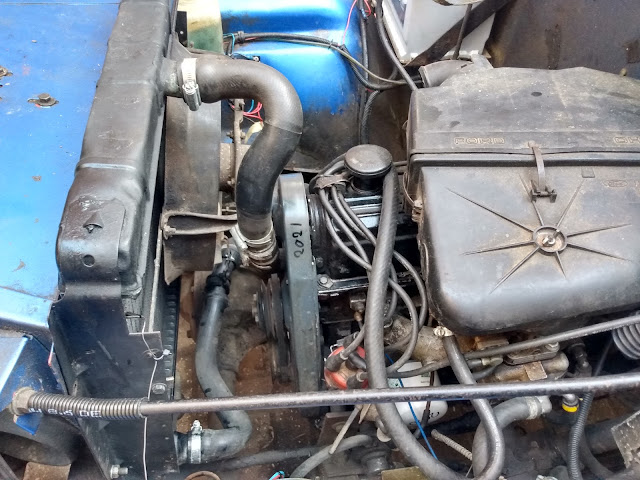 Indeed the engine started at the first try and ran as before. Could I replace the timing belt by the roadside? I would think so, but I'm not sure I'll always carry a suitable puller and white marker paint. After-all I suppose there must be a limit to the amount of stuff I carry in my toolbox. 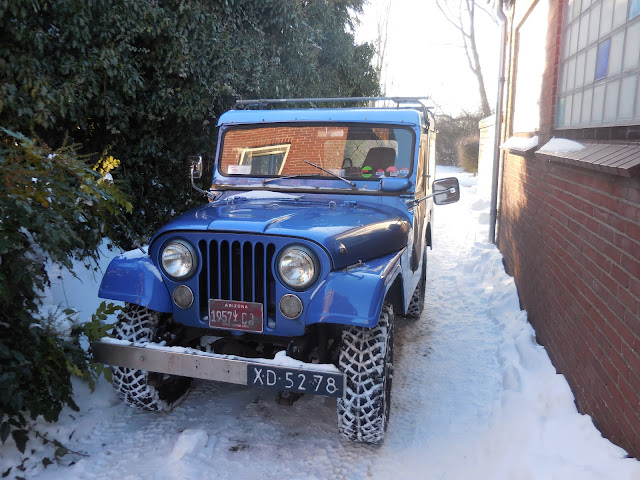