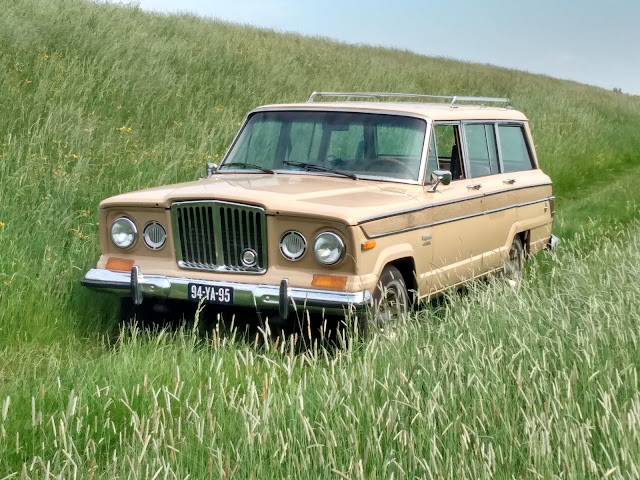 Although the original grille on Starbuck looks fine, I really prefer the older style Rhino chaser grille on any Wagoneer. Also, as the keeper of a genuine Rhino grille with matching set of pie pans, it seemed faux pas to leave such a beauty hanging listlessly from the garage wall, so I decided it was time to award Starbuck with this Rhinogrille conversion. 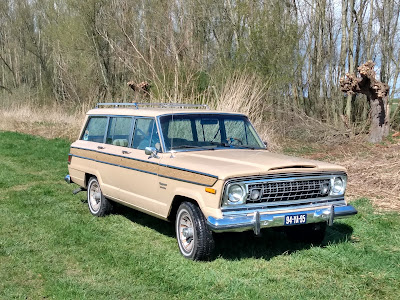 This is what we started with, the proper "Booby-style" grill for Starbuck's year of manufacture. Don't ask me who came up with the name for this grille.
You can see the indicators and driving lights are in the grille, so we'll also need to fit older style indicators in the lower panel. 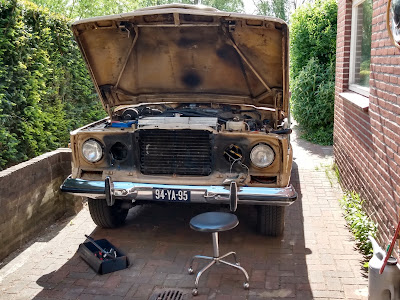 Carefully removing the grille and "hood bar" shows the old style front panel, complete with the round holes for the pie pans and square holes in the lower panel for the indicators. For some reason it's partially painted black and there is some damage. But as it is a "truck" quality item we're not going for ultra clean looks here. Maybe later. 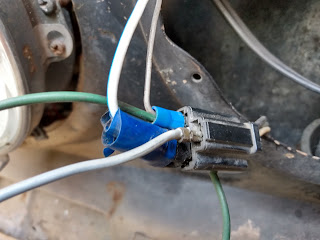 To move the indicators we needed to change the wiring. There was some excess wiring to remove here too. 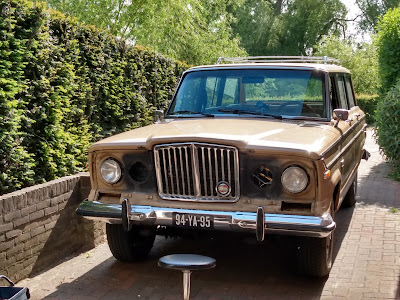 Trial fitting the grille shows the transmission cooler does not interfere with the chrome grille. I think it is called "Rhino chaser grille" as it refers to the Rhino chaser Jeep truck chasing Rhinos and Lions in the Sixties "Daktari" television series. 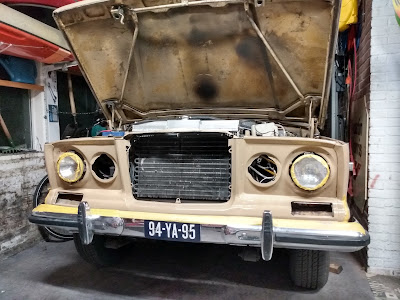 To get rid of the black paint and to have a semblance of respectability, the panel was (brush)painted after cleaning and sanding. 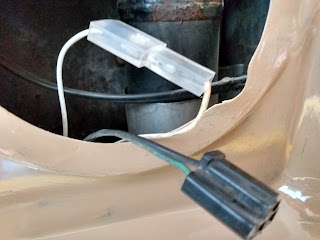 This is the modified and cleaned up wiring to the repositioned indicators. Driving lights were moved to the headlights as up front orange lighting is not legal except for the indicators. The whole setup can be reverted to the original setup of course. 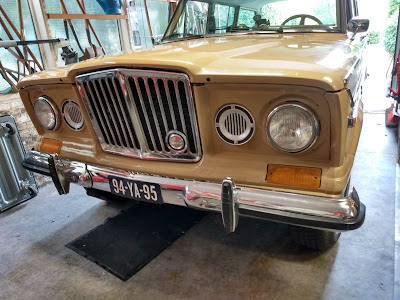 This is the finished result. The chrome rings around the headlamps are from a classic Mini. They are a little thin, so I'll probably be looking for some Jeep CJ rings later as they are a better fit and wider, so they'll cover the gaps much better.
Another issue is the lever to open the bonnet(hood). There seem to have been various different setups through the years and I'm still deciding how to find the best solution. On the Allosaurus J10 it was enough to add a lever to the mechanism to reach through the slam panel, but on Starbuck that is not an option. Meanwhile I have some extra security as I need a short stick to open it. 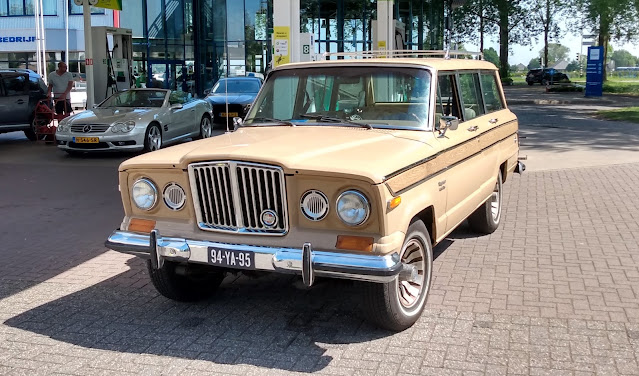