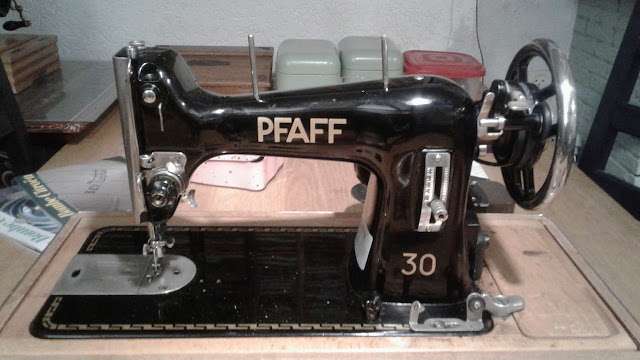 One of the best known old sewing machines must be the Pfaff 30. The Pfaff 130 is more sought after as it's one of the first Zig Zag machines, but the 30 is much simpeler and as it does not have the cleated belt the 130 has, I decided to go for the 30. This one is another one owner machine, but obviously this machine has been used a lot. Mechanically there were no problems a litle oiling couldn'd fix, but the electrics were "tricky". Especially the wiring. 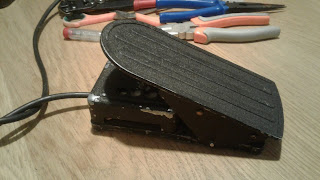 I fitted all new wires from the wall socket to the pedal and machine. 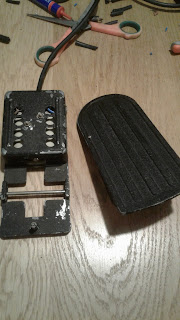 The pedal mechanism was missing a few parts, but I could improvise the actuating lever. 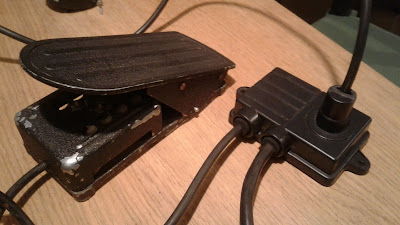 I was not happy with the way the new wires would need to be crammed inside the old connectors, so I made a separate"junction box". 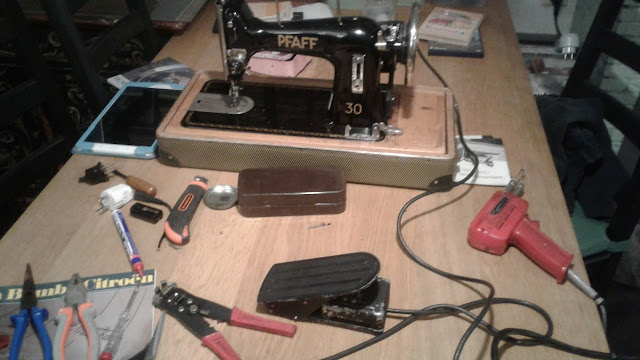 After a good "Tinker" Bertha worked like a charm. Ready for work.