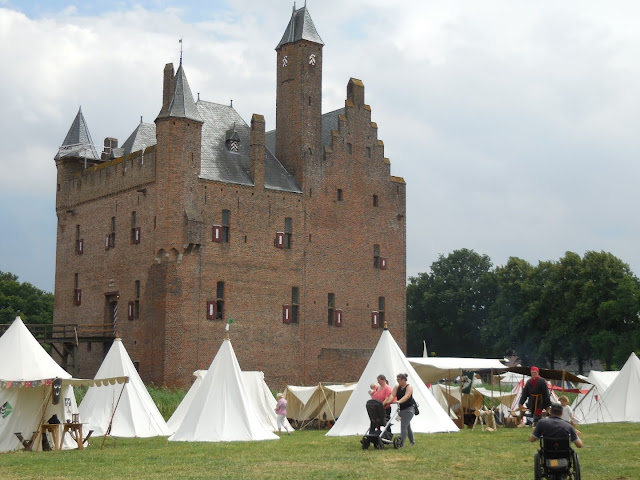 Local Castle Doornenburg was the scene of a re-enactment festival. There were crafts, encampments and music. 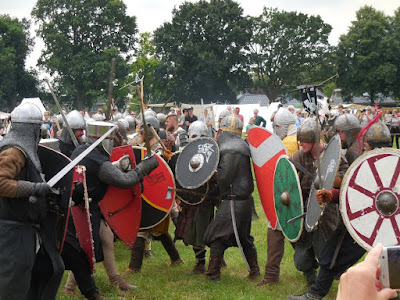 The battle started well for the Vikings. 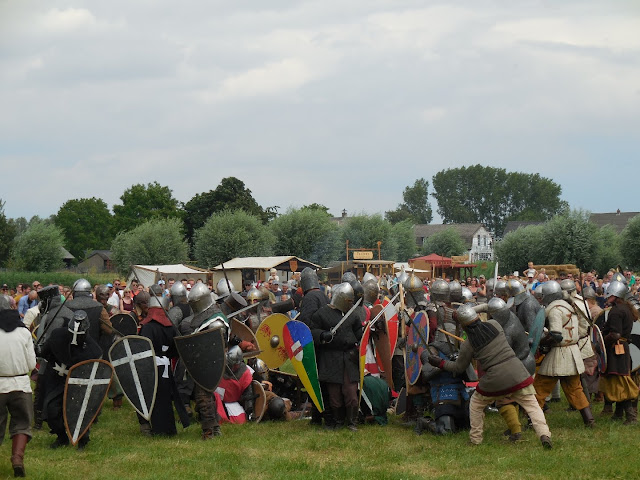 The soldiers retreated to the castle, so the Vikings decided to use a ram to crush the door. 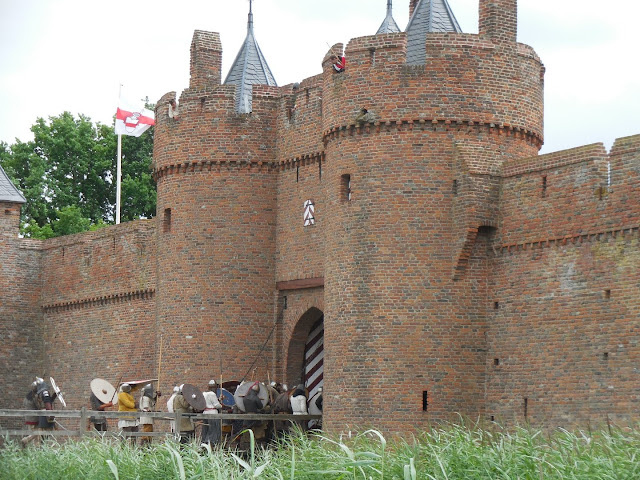 This worked well, but inside the castle the defenders pushed the Vikings out again. 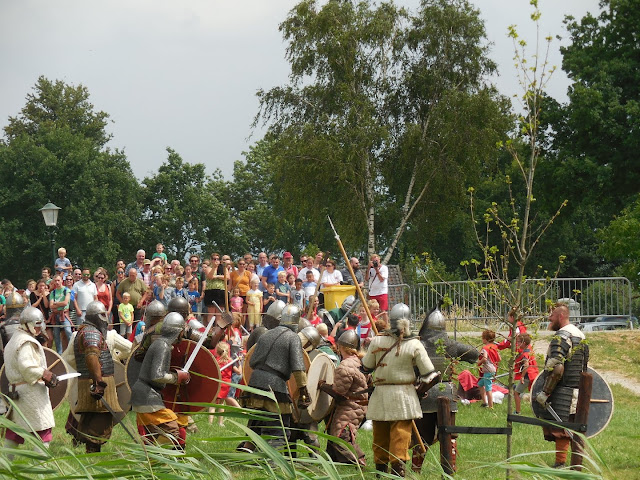 It looked like the Vikings were defeated until a squad of local children jumped the soldiers' flank and started to thrash them with plastic hoses. This act of treason encouraged the Vikings to join the kids in bashing the soldiers' helmets until they surrendered. 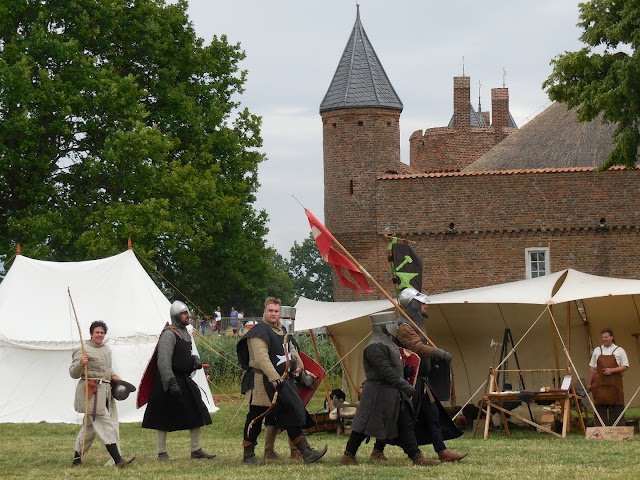 After this everybody hugged and left the battlefield for some song, food and dance. 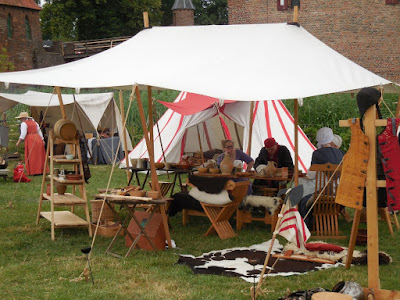 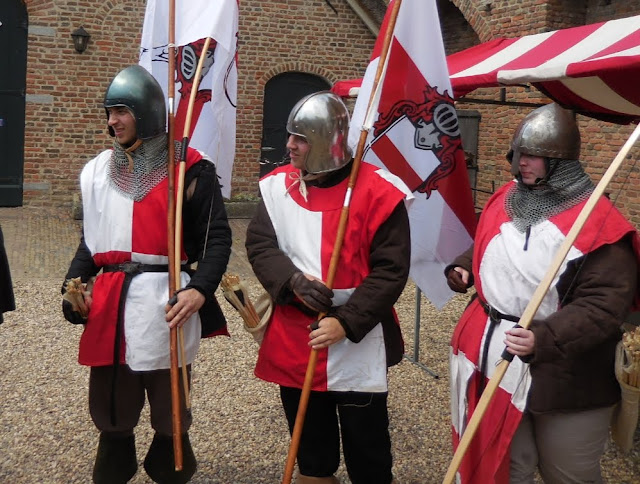 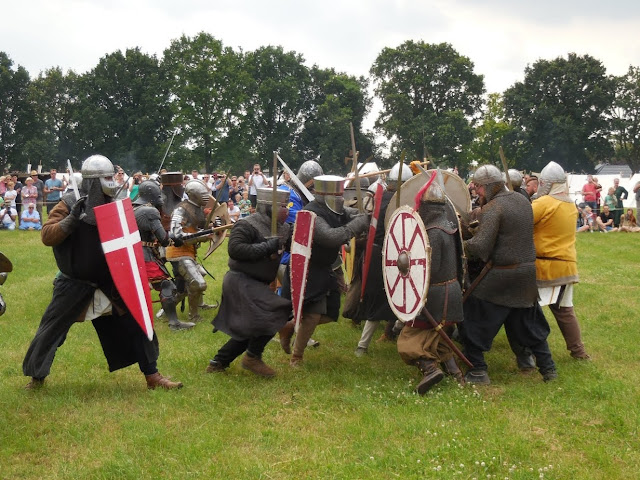 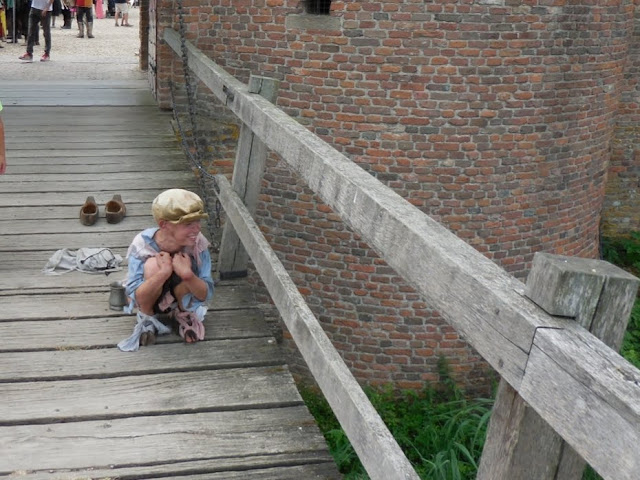 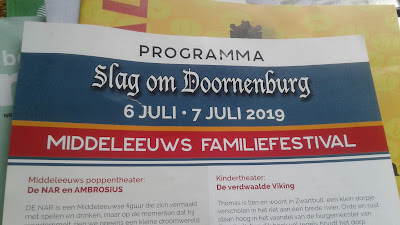 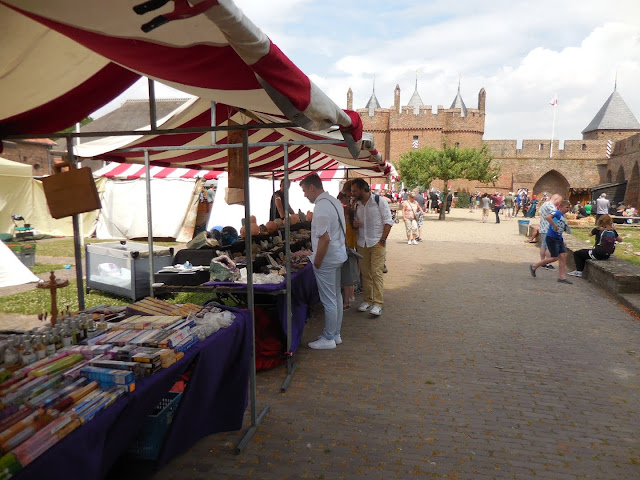 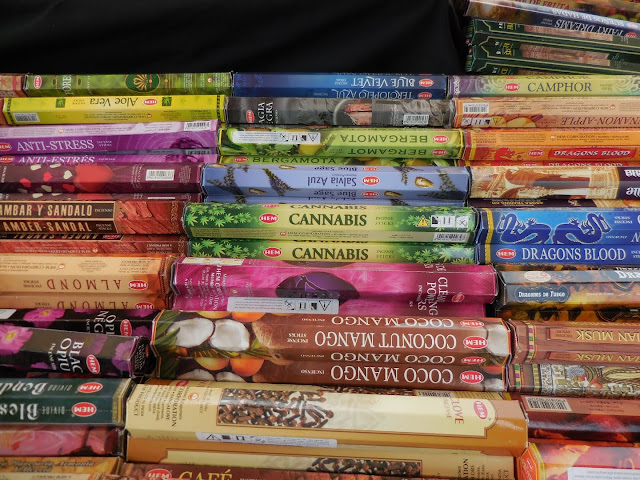 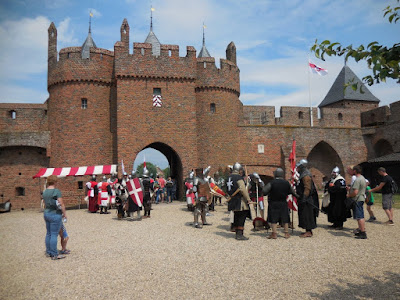 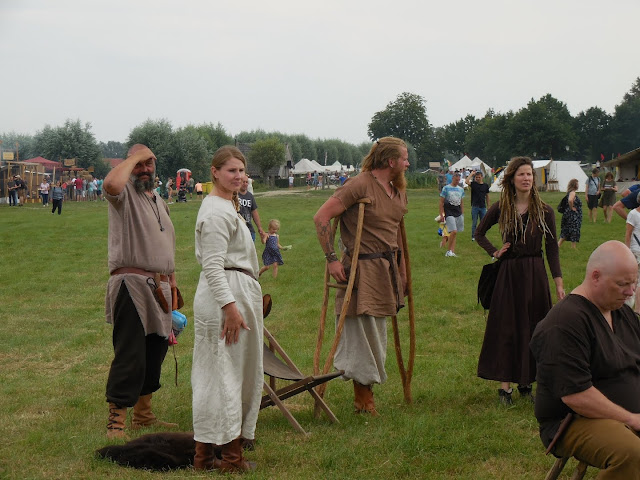 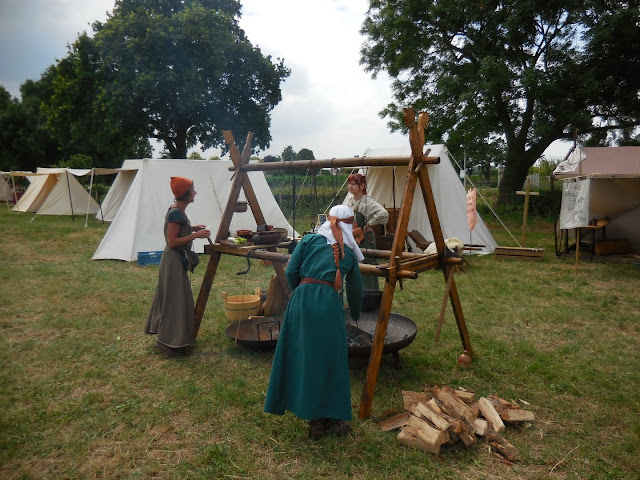 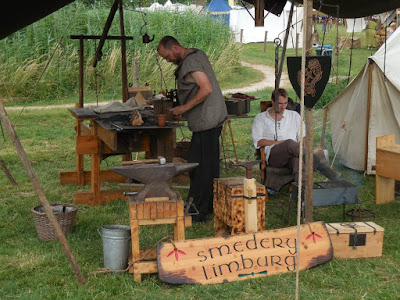 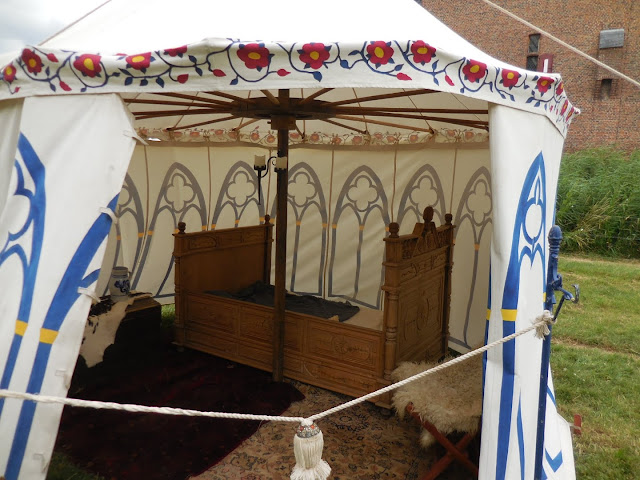