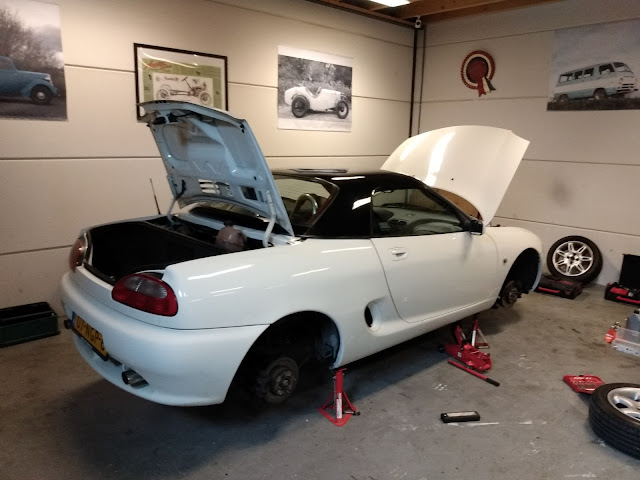 As we found earlier the suspension on the MGF was rather low and the ride was bumpy. I had pumped the car up, but still the ride remained bumpy and uncomfortable. Our conclusion was that at lest a few of the displacers had lost their nitrogen gas. In the past you had to buy new displacers if you could find them, but the good new is that nowadays there are several companies refurbishing the displacers and adding a valve to replace the gas when necessary.  They all do this on an exchange principle. 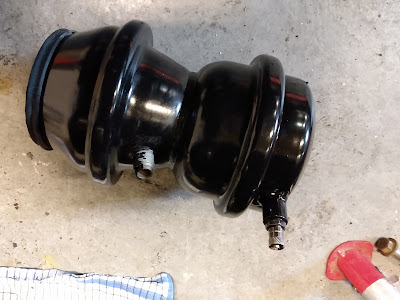 I got in touch with Youri from Mgfntfparts.nl as he had already changed the displacers on another MFG nearby and he offers a service to come to your place to do the job. I had considered just ordering the displacers to replace them myself, but I decided this was much easier and faster as he has fixed about fourty MGFs this way, so he changed our displacers in about one and a half hours. 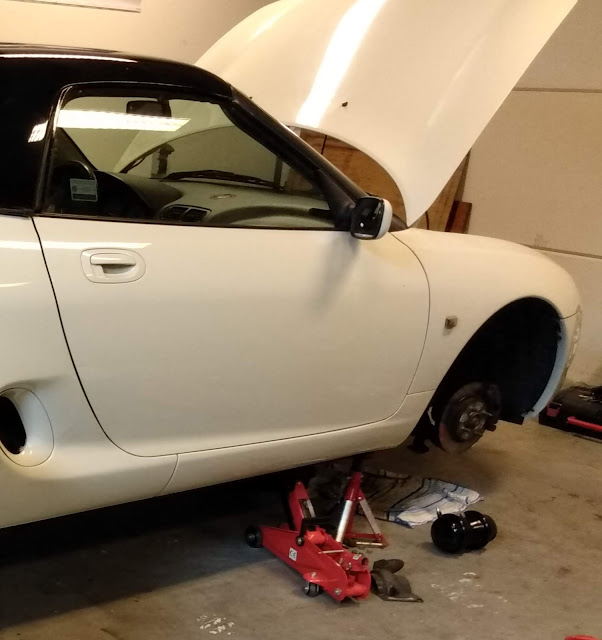 All Youri needs is your MG and preferably a dry place with a flat floor. Everything else he needs, he carries in his car, so there is no looking for tools or parts. Of course he has his own suspension pump, so after a very short time the F was ready and the suspension up to the specified ride height. 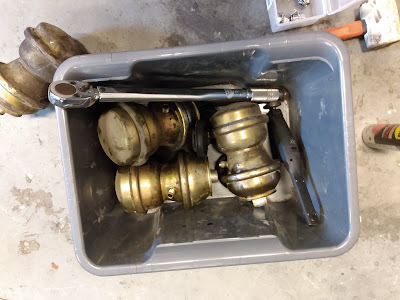 After the job we found that three of my four displacers were servicable, so they were exchanged and will be refurbished to be fitted to another customer's car. 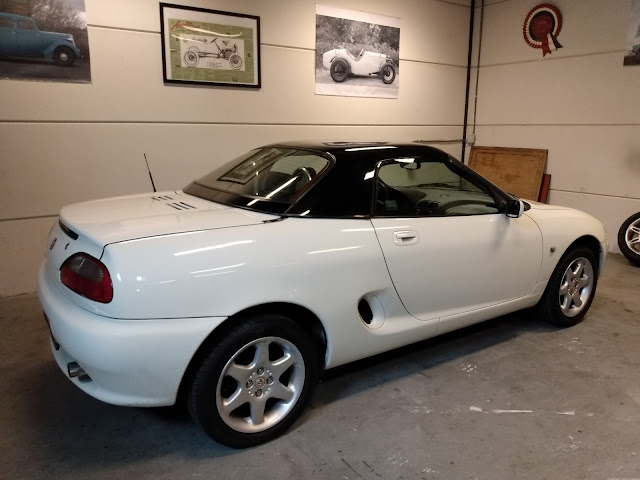 Ride height restored. The first test run proved that the suspension on the F was much improved. This is a job that is probably overdue on most Fs, but ours was transformed. 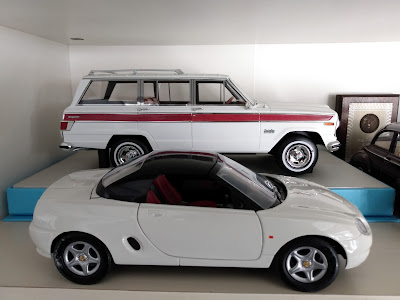