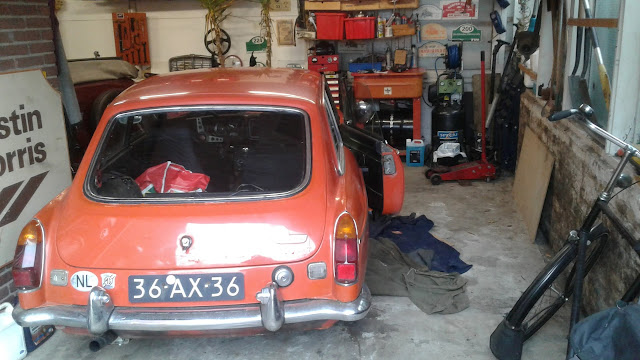 The wiper motor on the MGB has been making scary noises for a while now. I had bought a new wiper motor in 2005 to replace the noisy one. Today I decided to fit it as the noises were too loud to ignore any longer. The horn had also stopped working, so I had two reasons to crawl under the dashboard. 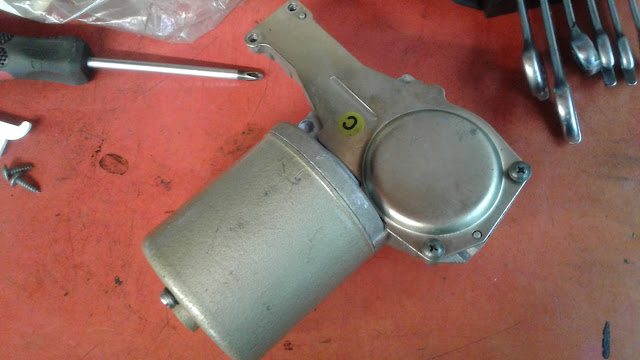 This is the brand new wiper motor I had ordered from a well known supplier. The strange thing was that there was no arrow indicating the park position. 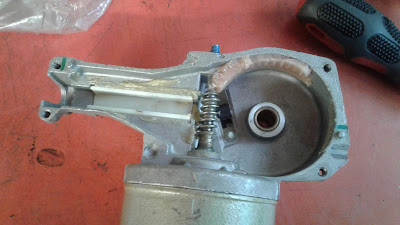 I soon found out why. There was nothing to park. Just the motor and worm wheel and even the nylon slide, but no drive wheel or connecting lever. 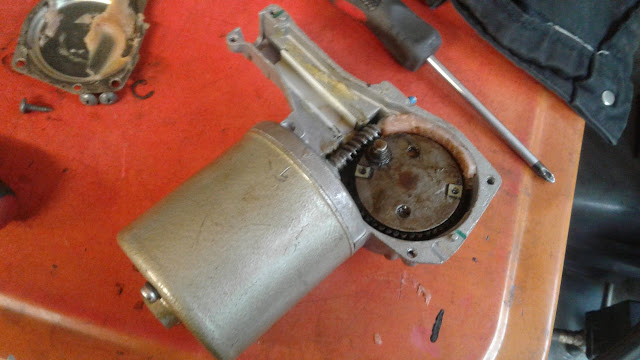 I checked the old motor and found that the noises were caused by the bearings of the actual motor and the circlip and washer securing the lever on the wheel had fallen off and jammed against the wormdrive. Can't be good for the bearing I suppose. 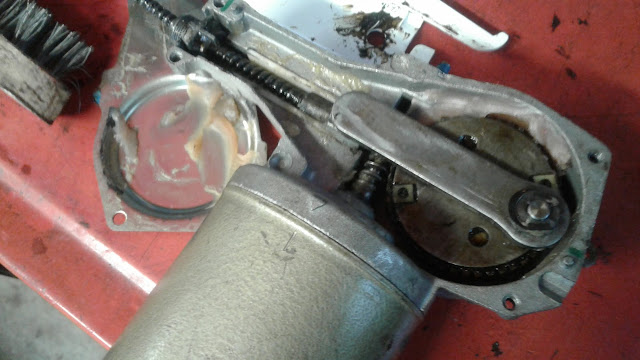 I borrowed the circlip and washer from another spare motor and fitted the old wheel and lever and after fitting the wipers work fine. Even the park position works now. I found the wire feeding current to the park switch had come off the connector. 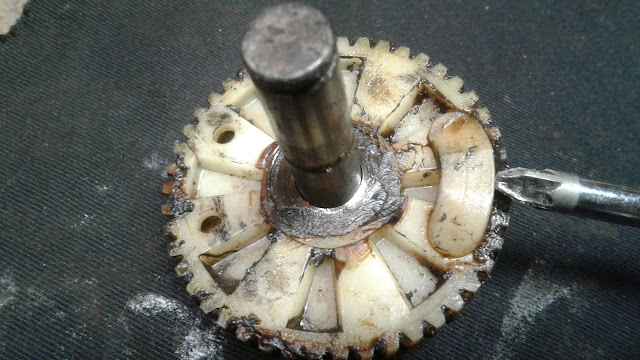 Note: if you want to change the park position of your wipers you can reposition the plastic clip on the right to the two vacant holes on the left of the wheel. 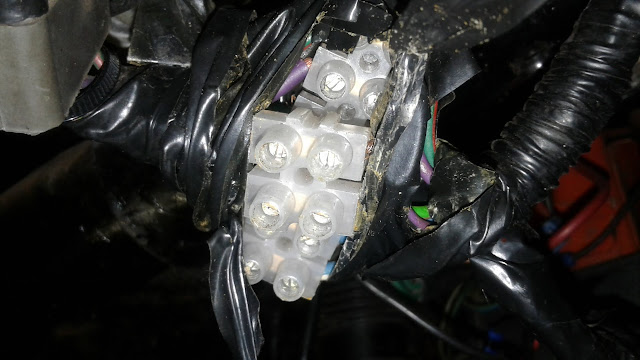 When I unwound this bundle of tape I found the reason for the horn to stop working: the previous owner had exchanged the original steel dashboard to fit to his later car and he just cut the wires and used these domestic connectors to splice the different wire looms together. 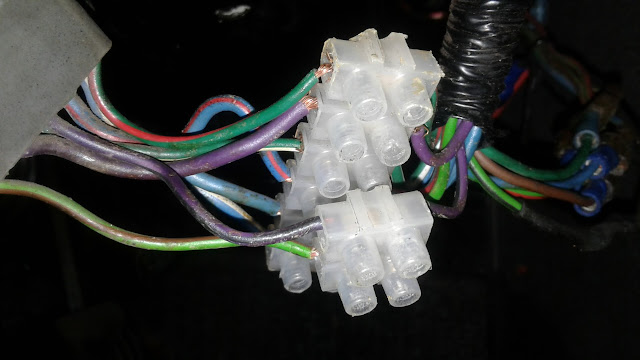 Amazing how this connection has lasted for so long. I decided to take it out anyway and solder all the connections. 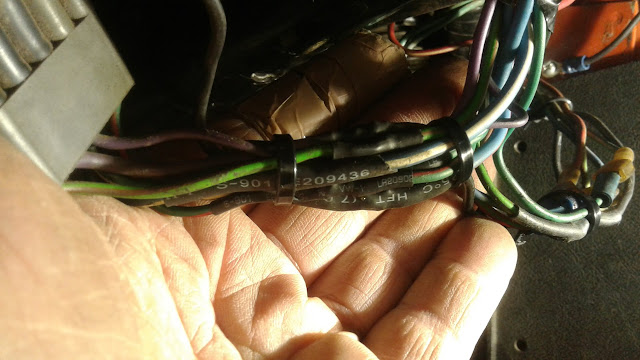 Here you can see all the newly soldered and insulated wires. 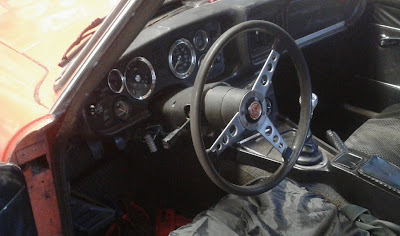 The horn and all the other controls work fine now. I'll replace the dashboard sometime, I promise.