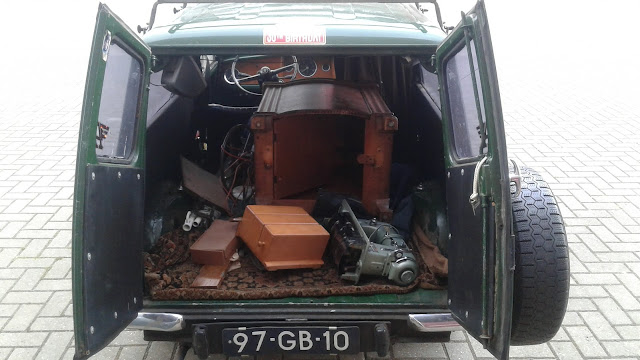 Having spent many years in the small town of Dieren, the home of the Gazelle bicycle factory, I have always had a Gazelle bicycle. So when a Gazelle branded sewing machine was offered for free adoption I went out and hauled it home. 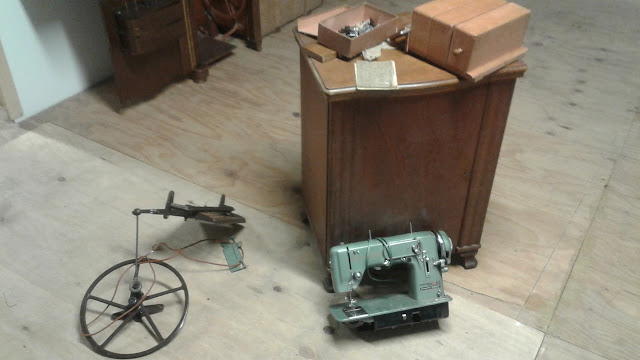 The picture in the ad just showed the machine, but it turned out this was another very complete machine, although the machine and all attachments were taken out of the cabinet. 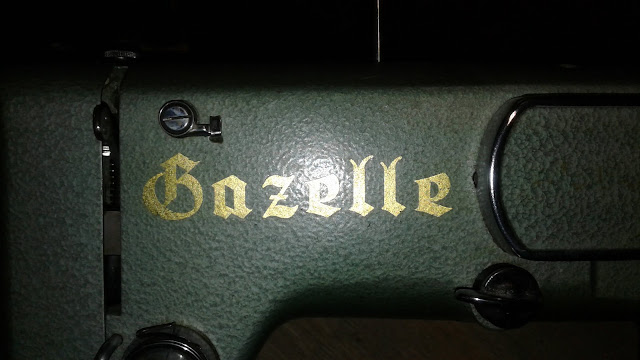 You can see the Gazelle lettering... 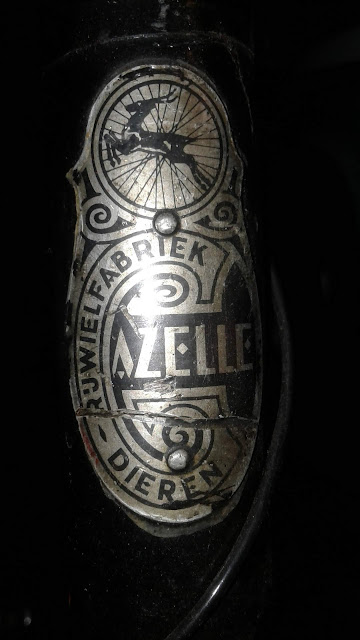 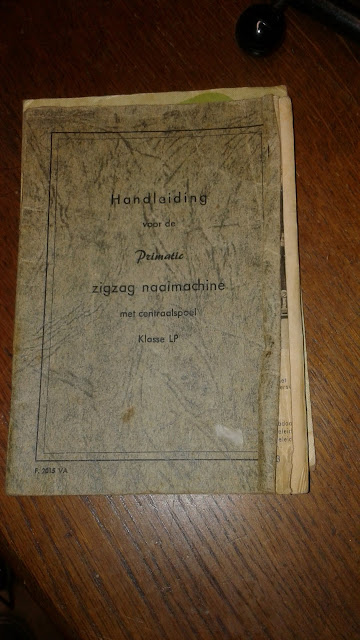 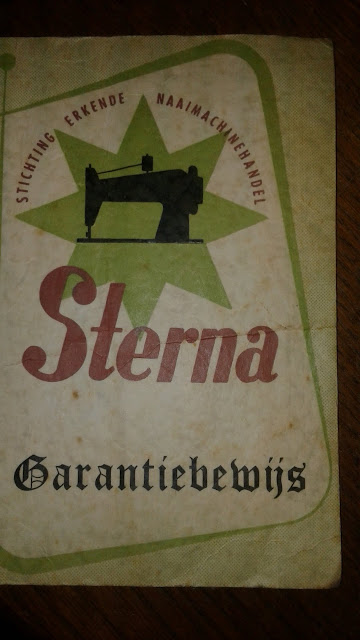 And a warranty certificate dated 1958. 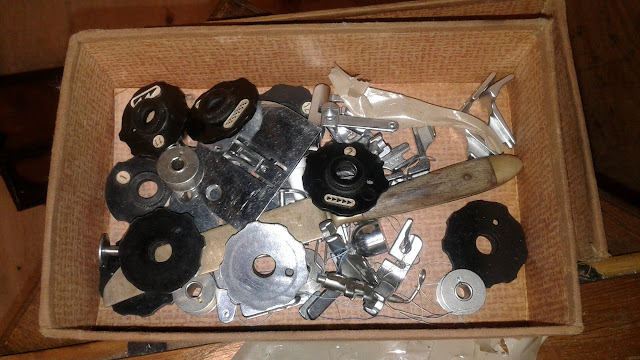 Another surprise were these disks! This machine could use these disks to form various different fancy stitches. They seem in good condition, so I hope to try them when the machine is fully assembled and cleaned, 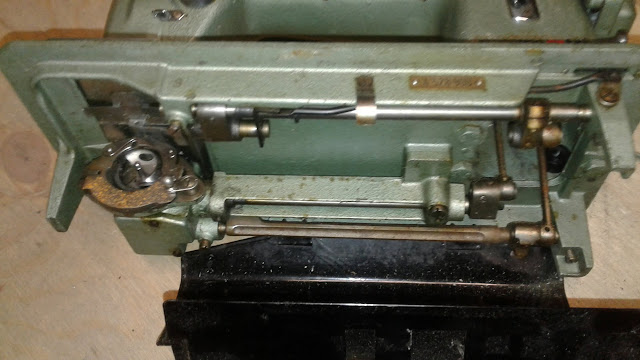 All steel underpinnings. Note the position of the shuttle. It is a forward-facing vertical oscillating hook". 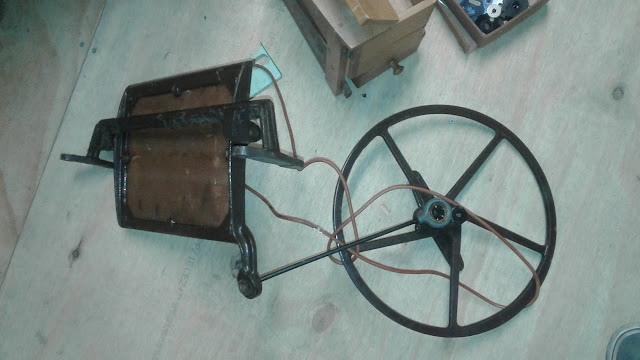 The pedal and wheel still with the belt. Someone was in a hurry to take the machine apart. 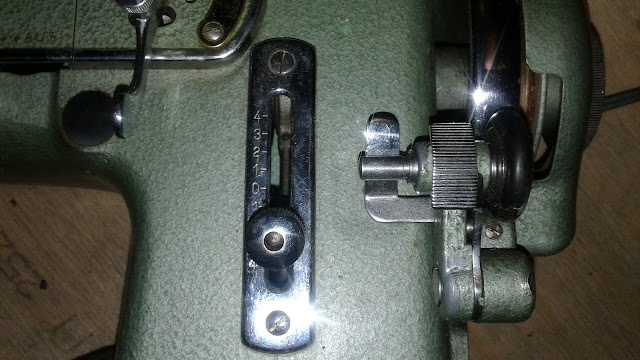 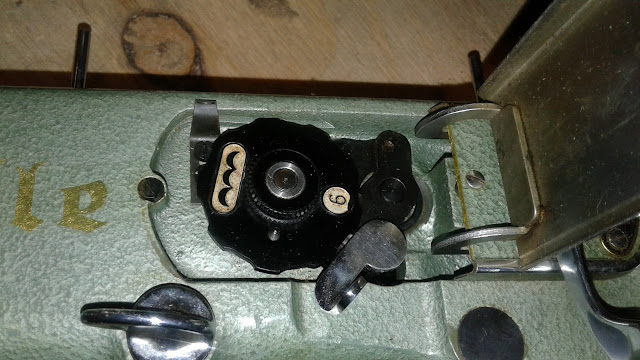 Behind the little door disk number 6 is still in place for a wavy stitch. 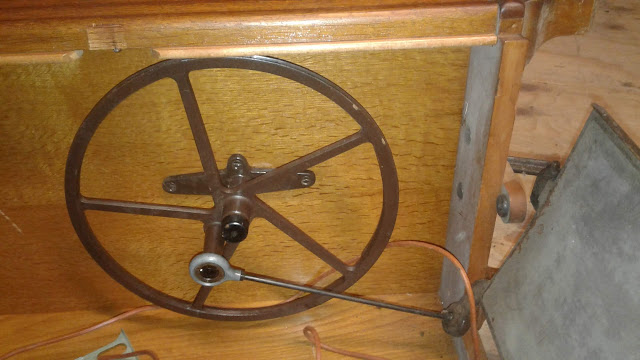 As all the bolts and screws came with the machine it was easy to reassemble. Here the pedal and wheel are back in place. 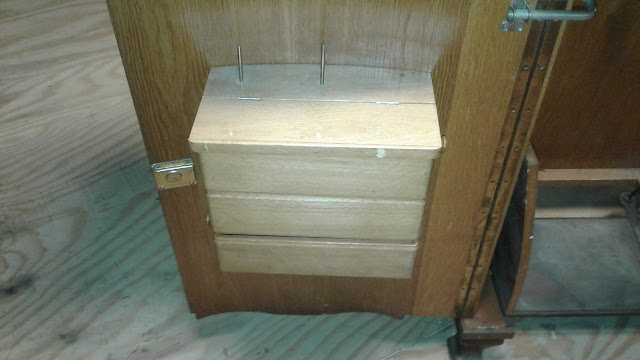 Boxes screwed on the door 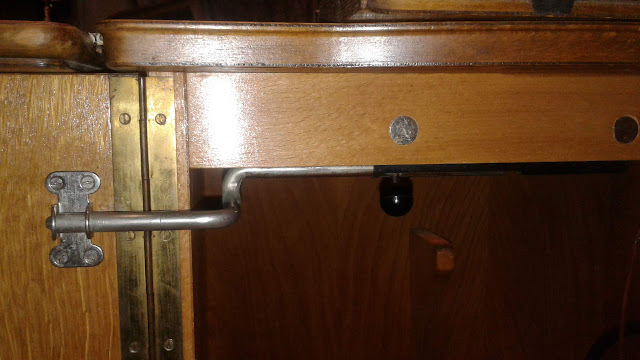 Nifty door stay. Look at those pretty flush bolts up there. 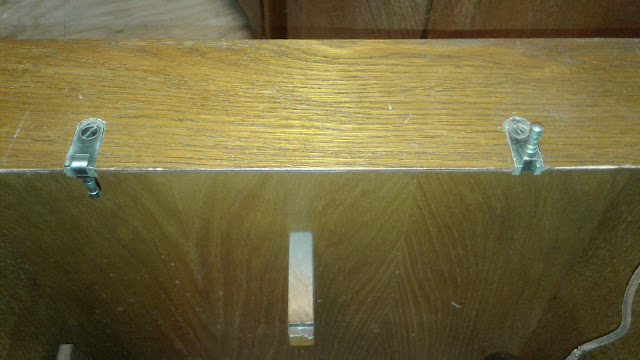 The hinges back in place. 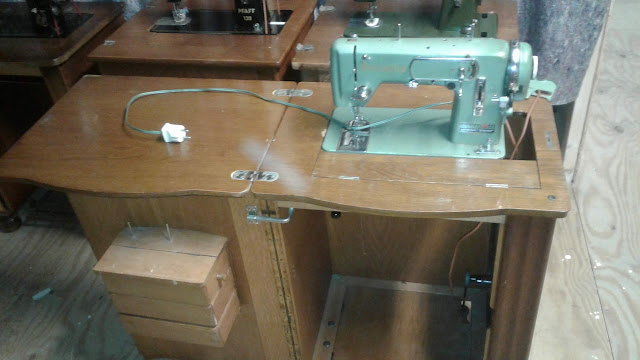 And here the machine is complete again. There is only one screw missing and that is the screw securing the belt cover. Not bad for a machine that spent a while in a back yard waiting for rescue.
Meanwhile we found out this machine was called a "Primatic", manufactured by Haid und Neu in Germany. It was also sold under the name of "Harris"
There is more about these machines on this Vintage sewing machines weblog.
at 13:32:00