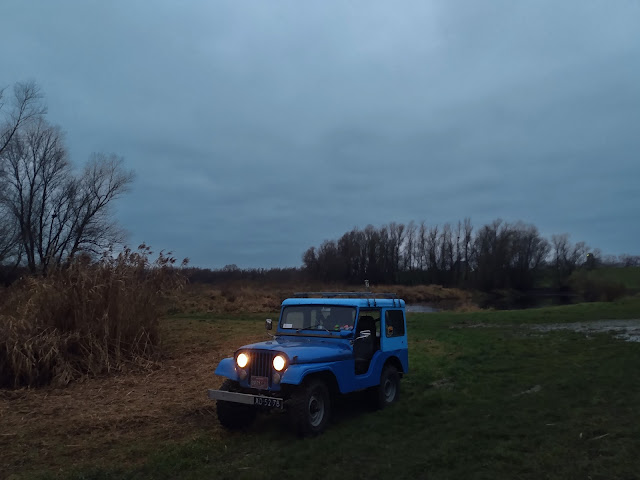 The Jeep was running too rich, so I cleaned the carburettor and adjusted the mixture. All was well for a few days until the Jeep refused to start. 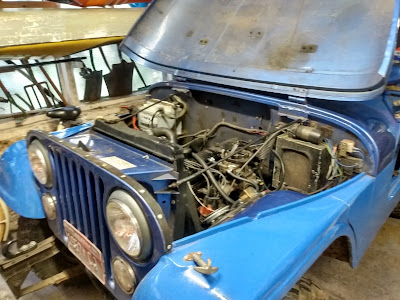 Our Jeep has a 2 litre Ford Pinto Engine with a Weber DGV as used in the Capri and Granada, so it looks a bit different from most Cjs. 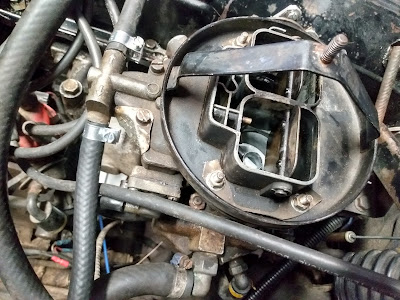 I was starting to wonder if I'd need a new Weber or maybe an SU-conversion, but some dismantling showed only a blocked float valve. With the top off the carb it was clear that the float chamber was completely empty, while there was a good flow of fuel to the inlet. Maybe working on the fuel system had dislodged some debris that blocked the valve. 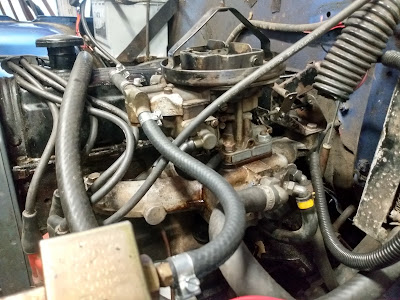 After this the car started fine, so it seems the Weber will stay for now as the car has plenty of power with this setup. 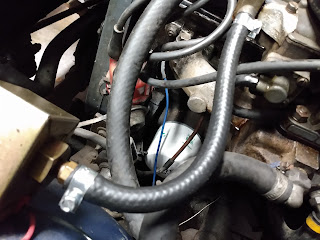 While working on the Weber I did notice one of the fuel lines had become hardened and brittle, so I replaced the older fuel lines and the hose clamps. 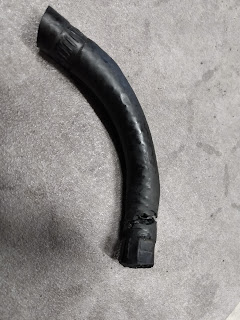 I used this modern universal fuel line that should be suitable for use with modern Ethanol base fuels. 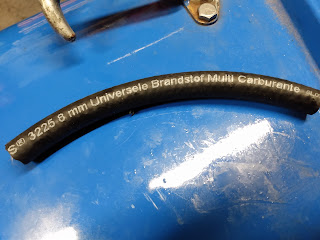